Will Ethereum go up? With ETH rising above $1000 today, is it time to buy Ethereum now?

Why was Ethereum going down?

Cryptocurrencies started to fall after the US inflation rate breached the key 6% level. This is in turn related to many factors, including crude oil prices. See how crude oil prices have risen over the past 7 months. It is the exact mirror of Ethereum prices. This mirroring is a coincidence as there are other factors as well, but this is an important metric to monitor if we are to predict when Ethereum will rise.

Ethereum’s run between May and June coincides with a significant drop in TVL (Total Value Locked) on the Ethereum Blockchain during and after the $LUNA crash and weekend crash. Alts are being hammered and since most of them trade on Ethereum, ETH is hurting more. With the overall cryptocurrency market heading down and many transactions operating on the Ethereum Blockchain, this was expected. Ethereum was hurt much more after the crash of $LUNA.

Will Ethereum go up?

Ethereum has already risen since the June low. However, the cryptocurrency is struggling to stay above $1100 due to negative sentiments in recent days.

When will Ethereum go up?

Will Ethereum go up? What are the risks of this not happening? 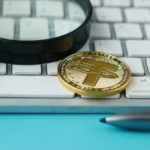