Tezos’ price forecasting is one of the most popular search terms since XTZ caused havoc among crypto bears over the past couple of months.

Before we dive into the nuts and bolts of this Tezos price forecast, let’s quickly check what XTZ is all about.

You can buy, trade and bet Tezos on many exchanges including major platforms such as eToro, Cex.io, Coinbase and Binance.

Tezos is a new blockchain, another “ethereum killer” that was first proposed in a paper published in August 2014 with more details announced in a white paper published in September 2014. The Tezos blockchain is designed with a focus on on-chain governance, allowing token holders to vote for proposed feature changes in order to avoid network bifurcation.

In 2015 the founders, Kathleen and Arthur Breitman founded a company called Dynamic Ledger Solutions that was responsible for writing the initial code for Tezos. At the heart of this code base is a self-modifying protocol, a system for formalizing the proposal, voting, and implementation of changes to network functionality. Once a proposal has been made, Holders of Tezos tokens (XTZ) are able to vote with a weighting of one vote per token.

The Tezos blockchain uses a modified version of a delegated proof-of-stake (DPoS) system where stakers, called bakers within the network, can lock their tokens in exchange for the ability to validate blocks. In Tezos, the most liquid users of the DPoS system are able to “delegate” tokens to bakers without transferring ownership. Block validation rewards are distributed to bakers in the form of new XTZ tokens with a proportional amount of the reward distributed to the wallets that delegated the tokens to the baker. This allows smaller token holders to participate in the validation (and reward) process if they hold less than the amount required to become a full baker.

Our XTZ token price prediction for 2021

It’s pretty clear that cryptocurrency price predictions should be taken with a grain of salt, but there are factors to watch out for that will almost certainly impact the future price of the broader cryptocurrency market. This includes:

Below is a tabular overview of how Tezos will develop in the short term (for the next 90 days), according to our forecast model:

As for XTZ, the popularity of their stake mechanism and its role as a price driver cannot be emphasized enough. This is the main positive price force for Tezos as more and more cryptocurrency exchanges branch out into staking as service. Tezos is regularly the number one coin that is offered as a staking product. Not only Coinbase, but Cex.io and now Binance have all entered this sector of the crypto industry and all of them already offer Tezos as the first bet coin on their platforms.

No, Tezos will not replace or exceed BTC.

Is it worth buying Tezos?

We are supporters of moderately risky investments: you invest most of your crypto portfolio in BTC (50%); 35% in a basket of large-cap coins and the rest in small projects with huge increases. So, in this context, It is worth buying Tezos.

Is Tezos a good investment?

Tezos is, just like all other cryptocurrencies, a risky investment. It has a higher chance of going up than going down because of the good use case, the well-designed tokenomics, the active community, and a solid team behind it.

How much will Tezos be worth?

Why will Tezos succeed and go up in price?

Tezos has a good use case, well-designed tokenomics, an active community, and a solid team behind it. All of these are a prerequisite for success and that’s why our forecast model sees Tezos rise to $36.51 in 2030.

Why will Tezos fail and go down in price?

Yes, it is possible that Tezos could reach 100 dollars but only in the distant future, after 2030.

How high will Tezos go?

Our forecast model sees the price of Tezos explode and reach $73.01 in the distant future.

What is the short-term forecast for Tezos?

Can Tezos make you a millionaire?

Yes, if you buy a fairly large sum. Don’t expect to invest $100 and become a Tezos millionaire. But 100x price explosions are a common sight in cryptocurrencies, so a $10k investment in Tezos could make you a millionaire.

Tezos Price Prediction Today – What will be the price of Tezos tomorrow?

As a result of the incompetence and lack of integrity of ICO teams, fueled by the basic human instinct which is the greed and naivety of crypto investors, more than 95% of successful ICOs and cryptocurrency projects will fail and their investors will lose money. The other 5% of the projects will become the new Apple, Google or Alibaba in the crypto.graphic sector. Will XTZ be among those 5%?

It has a good chance of doing so.

Due to the scalability, issues with smart contracts, and formal verification that plague Ethereum, Tezos has a great opportunity to become the dominant chain in the cryptocurrency ecosystem. Through its self-modification protocol, Tezos will be able to update and evolve over time, which is a strong feature of a 3rd generation blockchain. However, if we consider that Ethereum is also a highly experimental technology, Tezos’ completely unproven approach to blockchain and protocol development is a double-edged sword.

Tezos, as a project, is also extremely well funded by the Tezos Foundation which is sitting on a nearly $500 million pot according to the October 2018 revelations.

History has shown that truly innovative technology takes longer and longer to develop, costs more to finance, and is often questioned before it officially hits the market. Despite XTZ being around for quite some time (~2 years, or 200 years in crypto-years), the innovative efforts and challenges Tezos is facing are easily among the biggest in the cryptocurrency world. Patience is a virtue…

However, before we can expect Tezos to see great adoption, it’s fair to say that the broader world of cryptocurrencies will need to see some adoption of its own. It will take time, an effective marketing campaign, increased awareness, further development, and meaningful partnerships to exist before a ramp into adoption can be expected.

This makes Tezos one of the most intriguing projects to have in your portfolio: the upside is huge but the risk is even greater. Investing in XTZ only makes sense on a very long time scale and proper expectation management – it could easily end up in an inglorious way.

Predicting the prices of new, highly volatile and risky asset classes is a thankless task: the best answer is that no one knows. The plausible assumption is that the realistic XTZ price for the near future is somewhere between its current price and its all-time high.

We still don’t know which cryptocurrencies will manage to get out of the crypto winter we’re wandering in right now. There are many coins that have a good chance of weathering the crypto storm and perhaps becoming more relevant as the market contracts and devours some of the weaker projects. However, there are even more of those projects that are already dead but no one has noticed yet.

But, looking at things from this point in time and place, it’s reasonable to say that Tezos is in a better position than many of its competitors. 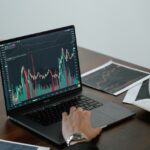 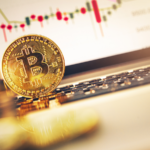