If you’ve been paying attention to the cryptocurrency market, chances are you’ve heard of Dogecoin, the internet currency that has gone from being a joke to a force to be reckoned with. After the recent success of meme coin, many people are looking at similar cryptocurrencies that could follow in Dogecoin’s footsteps.

One of the most popular is Shiba Inu. But what is happening with this coin and, more importantly, what will happen? Let’s take a look and see if we can make a prediction about the price of Shiba Inu.

A BRIEF INTRODUCTION TO SHIBA INU

Shiba Inu was founded in 2020 by a mysterious founder, known only as Ryoshi. At first glance, you might see a cryptocurrency with a Shiba Inu dog as a mascot and think it’s a DOGE rip-off, but it’s worth a look.

The idea behind SHIB was to create a cryptocurrency that was, in theory, 100% decentralised and managed by its community. It is based on Ethereum, unlike DOGE, which is based on Bitcoin.

As of 17 June 2021, there were 394,796 billion SHIBs in circulation. Surprisingly, there are a quadrillion – a million billion – Shiba Inu coins. This means that, at least for the time being, the price of a Shiba Inu coin will remain relatively low.

That is not to say that it will not rise at some point, but the sheer size of the potential suppliers will depress the price somewhat. Certainly, it will not reach the holy mark of $1 without causing major financial disruption. But the low price of the currency also means that there is potential for growth as long as people remember to remain reasonable.

As Ryoshi wrote in the SHIB white paper “We have the ability to outperform Dogecoin, exponentially, without ever exceeding the $0.01 mark.”

The other thing to note about the number of Shiba Inu coins is that half of the total supply was given to Ethereum founder Vitalik Buterin, who in May 2021 burned 90% of them, the equivalent of 410 trillion tokens, worth about $6.7 billion. Speaking at the time, he said, “I don’t want to be a place of power of that kind.”

Also in May, Buterin donated 50 trillion coins, worth about $1.2 billion, to India’s COVID-19 Crypto Relief Fund. The billionaire said it was “an opportunity to turn the meme bubble into something that could actually do good for people”.

SHIB’s next step appears to be the creation of its own exchange, ShibaSwap. This will allow people to exchange their SHIB for other cryptocurrencies in a decentralised exchange. Users can also get hold of Shiba’s other cryptocurrency, LEASH, and the upcoming BONE launch.

No date has yet been given for the launch of ShibaSwap, although the company says that “ShibaSwap is undergoing security testing, audits and final updates to prepare for a safe launch.” If this happens, it could have an impact on the price of the Shiba Inu coin.

Another thing to note about the Shiba Inu coin is that it has a devoted online fan base. Considering the very low price of the Shiba Inu coin and its incredibly limited usefulness, having around 30 dedicated Facebook groups and a subReddit with 172,000 members is pretty good.

While it’s safe to say that these sites aren’t exactly the place to go for reasoned discussions about cryptocurrency utility and trends, you have to give them credit for being positive, upbeat, enthusiastic and welcoming places for people interested in SHIB. There are certainly a fair number of Shiba Inu coin evangelists online, so it seems reasonable to think that this meme coin is not yet disappearing.

Certainly, it’s recent listing on Coinbase has meant that some sceptics would have to revise their prediction of the price of Shiba Inu coins.

A HISTORY OF THE SHIB PRICE

Let’s take a look at SHIB’s price history and see if it can help us make a prediction of the price of Shiba Inu coins. When it was launched in August 2020, it was worth something like $0.0000001. It stayed around that level for most of the first nine months of its existence. But then something happened.

When DOGE rallied in early May 2021, people started looking for the next dogecoin and many of them settled on SHIB. This caused the price to explode on May 8, the day Elon Musk appeared on Saturday Night Live, from $0.000005246 to $0.00001883, an increase of about 260%. While Musk’s appearance on the American television institution actually hit the price of DOGE, SHIB continued to expand, reaching an all-time high of $0.0000388 on May 10.

However, on the evening of that day, something big happened. The Coinbase exchange announced, much to the surprise of analysts, that it would be listing SHIB, which caused the price of the Shiba Inu coin to rise from $0.0000728 to $0.000009331 in just over an hour, an increase of 28%. This sudden boom was followed by a downward return of the price to $0.0000079 on 17 June.

But what about the future? Some people have made some predictions about the prices of Shiba coins.

Is the Shiba coin a good investment?

Possibly. It’s recent listing on Coinbase may just prove that it is not a joke coin as some people think. There is also the ongoing expectation that ShibaSwap will happen. This could have a serious impact and change everyone’s expectations of Shiba Inu coin prices in 2021. On the other hand, it might not. In fact, it may never happen. What you need to remember is that cryptocurrencies, particularly meme coins, are highly volatile, prices can go down or up, and you should never invest more money than you can afford to lose.

That might be fine. But considering how low the price is, it probably won’t soon. Firstly, because doing so would pump a lot of money into the world supply, which means there would be serious inflation. Secondly, it’s not really designed to reach those heights. The idea was that its low value would mean that it could outperform its competitors without even breaking the one-cent barrier. This is not a criticism of the currency. It is just how it works. 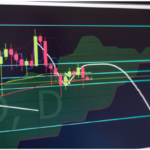