In this guide, we will express our and the market’s opinion on the future of RVN as we discuss Ravencoin’s price forecasts for 2023 and beyond.

Keep in mind that you should take this and any other forecast with a grain of salt as predicting anything is a thankless task, let alone predicting the future of a new highly volatile financial asset like Ravencoin.

Before delving into Ravencoin’s price prediction and answering questions about whether RVN is a good investment or not, why RVN will succeed or fail, or why the price of Ravencoin will rise or fall, let’s quickly take a look at what RVN is and its history to date.

Ravencoin, a fork of Bitcoin, is a relatively young token; it is only since January 3, 2018 that it has been roaming crypto currencies. But in recent months, the coin has attracted attention due to its meteoric increase in price. The name is the fictitious one, it is borrowed from the fictional world of Game of Thrones.

It is essentially an open source fork of the Bitcoin code with faster block reward times and is aimed at censorship resistance, transparency, and privacy.

The Ravencoin blockchain is designed to serve specific purposes. On the one hand, it should help determine the ownership of assets flawlessly. On the other hand, Ravencoin, similar to Bitcoin, wants to make direct payments possible. As the open source project points out on the homepage, it is completely decentralized: neither the master nodes nor in particular nor the ICO are behind the project.

Ravencoin (RVN) has all the properties of a good crypto project: no ICO, no founder who holds most of the coins, it is a PoW project where anyone can mine it with their own CPU thanks to the resistant ASIC design of the mining algorithm, it is supported by a couple of reputable names of the crypto space such as Bruce Fenton and Tron Black, it pays homage to Bitcoin and is very respectful of the work of the main developers from which it was forked, which in turn ensures them the help of a couple of those Bitcoin developers etc.

How much will RVN be worth in 5 years?

How much will Ravencoin be worth in 2030?

How much will Ravencoin be worth in 2040?

No, Ravencoin will not replace or exceed BTC.

No, our prediction model sees no chance for Ravencoin to reach $10 in the short or medium term.

Is Ravencoin worth buying?

We are supporters of moderately risky investments: invest most of your cryptocurrency portfolio in BTC (50%); 35% in a basket of large-cap coins and the rest in small projects with huge increases. So, in this context, it is worth buying Ravencoin.

Is Ravencoin a good investment?

Ravencoin is, just like all other cryptocurrencies, a risky investment. It is more likely to go up than down because of the good use case, well-designed tokenomics, active community, and a strong team behind it.

How much will Ravencoin be worth?

Yes, it is possible that Ravencoin could reach $ 1 but only in the distant future, after 2030.

How high will Ravencoin go?

Our prediction model sees the price of Ravencoin explode and reach $0.1507 in the distant future.

What is the short-term forecast for Ravencoin?

Can Ravencoin make you a millionaire?

Yes, if you buy a large enough sum. Don’t expect to invest $100 and become a Ravencoin millionaire. But 100x price explosions are a common sight in cryptocurrencies, so a $10k investment in Ravencoin could make you a millionaire.

Price Prediction Today – What will be the price of Ravencoin tomorrow?

Ravencoin will hover around $0.0197 tomorrow.

As a result of the incompetence and lack of integrity of ICO teams, fueled by the basic human instinct that is the greed and naivety of crypto investors, more than 95% of successful ICOs and cryptocurrency projects will fail and their investors will lose money. The other 5% of the projects will become the new Apple, Google or Alibaba in the cryptocurrency sector. Will RVN be between that 5%?

Good chances of this happening.

Raven’s potential based use case as a platform for assets in a market that is moving toward a tokenized model that is expected to be a $10-40 trillion market space is the top 5-10 trillion level. If you get to that range, even with the rest of the market in stasis, you’re looking at dollars not cents. If Raven can capture a fraction of a percent of that market, it’s dollars, not cents.
This is the killer app of the blockchain, it will take some time to develop, but if the crow reaches anywhere close to its potential, this phase will hardly register in the all-time rankings.

Why will Ravencoin fail?

No matter how strong the project is, there will always be doubters and those who ask is Ravencoin dead and why it will fail. Below are some of the depressing price factors you should consider before buying RVN.

The most recent bull run still keeps RVN holders in bull delirium and they start dreaming up some unrealistic price levels, such as reaching the $1 mark. RVN inflation is massive, 7.2 million new coins come into circulation every day diluting the value of the existing supply. Its current available supply is 2.2 billion, so there is plenty of coins to enter into circulation before reaching 21 billion in total supply.

This dynamic is linked to another basic economic principle, scarcity. Scarcity refers to the gap between limited resources – that is, scarce – and theoretically unlimited desires. With 21 billion tokens, RVN is far from scarce, at least for the current level of its adoption.

Why will Ravencoin succeed?

So why will Ravencoin rise and rise in price? There are many potential price catalysts, some of which are given below.
Upward pressure on prices will be exerted with adoption as each new asset creation event burns 500 RVN, mitigating inflation and lowering the money supply. The more users on the RVN platform, the better for its price.

Ravencoin has a large company backing it up: Overstock is one of the largest investors in the project. Medici Ventures is also a large fund that is a public and open backer of Ravencoin that has already used RVN to make a $3.6 million security transfer on the RVN blockchain.

Another positive price factor will also be related to adoption. If a company decides to put its shares on the Raven blockchain and pay dividends to token holders, it must pay them RVN. This means that once a quarter / year (however it is decided) they will have to acquire enough RVN to pay in the form of dividends.

All this indicates that Ravencoin has a solid team behind the project that has a really steep mountain in front of it that needs to be conquered. Holding RVN in 2020 and beyond is a high-risk situation but even higher reward. So if your appetite for risk and investment profile mixes well with this type of asset, Raven and your portfolio would fit like a hand and a glove.

All this summary means one thing: Ravencoin could live through a couple of orchestrated pumps and, for a regular trader, completely unpredictable, but most of the time it will be murky side trading with small volumes and no significant interest from the market.

The price will depend heavily on what BTC does and since many analysts think BTC won’t make big moves this year, it’s hard to expect Ravencoin to make them too. The price is likely to stagnate and slow depreciate or appreciate depending on team activity, potential technological breakthrough, or high-level partnership.

We still don’t know which cryptocurrencies will come out of the crypto winter we’re wandering into right now. There are many coins that have a good chance of weathering the crypto storm and perhaps becoming more relevant as the market contracts and devours some of the weaker projects. However, there are still more of those projects that have already died but no one has noticed yet.

But, looking at things from this point in time and space, it is reasonable to say that Ravencoin had its five minutes of glory that were based on fundamental solids and the wider market discovering the project. The time has come for RVN to step up and continue to deliver valuable and palpable successes to justify the very high expectations investors have placed on it. 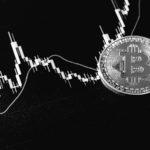 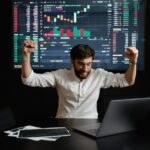