In this guide, we’ll share our and the market’s take on the future of LINK as we discuss ChainLink’s pricing predictions for 2023 and beyond.

Keep in mind that you should take this and any other forecast with a grain of salt since predicting anything is a thankless task, let alone predicting the future of a new highly volatile financial asset like ChainLink.

Before we delve into ChainLink’s pricing prediction and answer questions about whether LINK is a good investment or not, why LINK will succeed or fail, or why ChainLink’s price will rise or fall, let’s quickly take a look at what LINK is and its history to date.

You can buy, trade, and bet Chainlink on many exchanges, including major platforms such as eToro, Cex.io, Coinbase, and Binance.

The ChainLink platform serves as a decentralized Oracle network that allows anyone to become an Oracle, i.e. a provider of a data feed in exchange for LINK tokens. The ChainLink platform includes certification, validation, and reputation services that strengthen the integrity of the Network Oracles.

ChainLink is known in crypto circles as a project that keeps things quiet until they have something real to offer. They are known for their poor communication with the public. The team works hard to build a good product without hype, align users who are waiting for its release. Chainlink is consistently selected as one of the best blockchain technologies by leading independent research firms such as Gartner. It is well known for providing highly secure and reliable oracles to both large enterprises (SWIFT) and leading smart contract development teams.

How much will LINK be worth in 5 years?

How much will Chainlink be worth in 2030?

How much will Chainlink be worth in 2040?

No, Chainlink will not replace or exceed BTC.

Yes, it is possible that Chainlink could reach $ 1000 but only in the distant future, after 2030.

Is Chainlink worth buying?

We are supporters of moderately risky investments: invest most of your cryptocurrency portfolio in BTC (50%); 35% in a basket of large-cap coins and the rest in small projects with huge increases. So, in this context, it is worth buying Chainlink.

Is Chainlink a good investment?

Chainlink is, just like all other cryptocurrencies, a risky investment. It is more likely to go up than down because of the good use case, well-designed tokenomics, active community, and a strong team behind it.

How much will Chainlink be worth?

Why will Chainlink succeed and go up in price?

Chainlink has a good use case, well-designed tokenomics, active community, and a solid team behind it. All of these are a prerequisite for success and that’s why our forecasting model sees Chainlink rise to $47.98 in 2030.

Why will Chainlink go bankrupt and go down in price?

How high will Chainlink go?

Our prediction model sees the price of Chainlink explode and reach $95.97 in the distant future.

What is the short-term forecast for Chainlink?

Can Chainlink make you a millionaire?

Yes, if you buy a large enough sum. Don’t expect to invest $100 and become a Chainlink millionaire. But 100x price explosions are a common sight in cryptocurrencies, so a $10k investment in Chainlink could make you a millionaire.

Chainlink will hover around $5.92 tomorrow.

High probability of this happening.

First, Chainlink has built a large and ardent community that is more educated and patient than most other “get rich quick” altcoin communities where holders only discuss the price in a hostile and rude manner.

The ChainLink team is very balanced in its approach to the 3 most important dimensions of each crypto project: technology development, creating business partnerships, and promoting community.

There is no competitor to Chainlink that comes close to the features offered or where they are in terms of development. While there are some concerns with some specific areas of the system, overall it is clearly a well-thought-out network that has some great minds behind it.

The initial version of their main-net won’t solve the “Oracle problem” in its entirety, but it will be a huge step forward in doing just that. The ability to specify multiple oracles to undertake a single request and aggregate that response on-chain will still be a novelty in the world of cryptocurrencies. So it’s only a matter of time before we see more on-chain mechanisms implemented, but this is an article for the future. 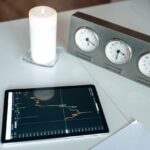 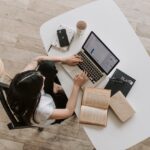