After exceeding the threshold of 1 million holders, is a listing on Binance coming?

Baby Dogecoin is one of the largest cryptocurrency memes attempting to get listings on major crypto exchanges. But is Baby Dogecoin on Binance?

According to Coinmarketcap and binance new listings, Baby Dogecoin hosts better transaction speed and is hyperflationary with static reflection.

Launched in 2021, Baby Dogecoin quickly has a decent fan following with 700,000 Baby Doge followers on Twitter and is ranked number 139 on Coingecko.

Here’s what you need to know about a potential Binance listing.

Is Baby Doge on Binance?

Baby Dogecoin is not currently listed on Binance, nor on other major cryptocurrency exchanges such as Coinbase.

However, it is now listed on Okex where users are free to trade Baby Doge safely.

As mentioned in previous reports, Binance evaluates the number of users before listing the token on its exchange.

He added: “This is the extremely significant attribute. Consider for example meme-tokens, although I personally do not understand it, if it is used by a large number of users we list it. Let’s go to the community, my opinion doesn’t matter.”

Considering the above statements, Baby Doge has already exceeded the threshold of 1.3 million holders, so it could soon get a listing of Binance, however, no official announcement has been made so far.

What is baby dogecoin’s meme currency?

Launched in June 2021, Baby Dogecoin is another Altcoin inspired by Dogecoin.

The founders of memecurrency are still unknown, but the project has already amassed a significant following of fans.

The meme currency also plans to expand its domain in the future to include services such as the creation of NFT, GameFi, and efforts to stimulate charities and pet donations. 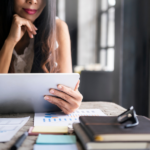