Different bitcoin investment strategies work for different people, depending on the amount of money they want to invest and their risk tolerance. The simplest and most widely recommended strategy is called dollar cost average, which involves buying the same amount of bitcoin at recurring intervals.

Another common bitcoin investment strategy is flat-rate investment, which can be a preferable method of investment if you have a large amount of money and are willing to hold on to bitcoin for a long time.

The dollar average cost calculation strategy (buying a predetermined amount of bitcoins at set intervals) allows you to buy bitcoins at average cost over a certain period of time. This reduces the risk of your bitcoin’s value dropping significantly, but also reduces the chance that the value will rise dramatically.

If you want an average cost in bitcoins, you need to decide on a predetermined amount of bitcoins to buy at set intervals, depending on your budget. For example, you might choose to buy $50 worth of bitcoin every week, or maybe you want to spend $100 from each paycheck on bitcoin. If you had spent $100 of each paycheck on bitcoin in the last two years, you would have spent $5300 on bitcoin which is now worth $7400. To get an idea of the technique of calculating the dollar average cost and its historical performance, try the calculator on www.dcabtc.com.

If you have a large amount of money that you want to invest in bitcoin and are willing to accept a higher risk, then investing in lump sums can be a good option. This technique involves buying a larger amount of bitcoins in advance and storing it until you decide to cash out.

Historically, flat-rate investment has almost always been a profitable investment strategy in bitcoin if the investor was willing to hold the bitcoin for a long enough time. Flat-rate investing can be a riskier strategy, but it also has the potential for higher rewards because you’re making the entire investment at a single bitcoin price. There is a common saying in the investment world: “time in the market beats the timing of the market”.

Bitcoin can be traded on the stock exchange in the same way as stocks, commodities and other currencies. Unlike traditional markets, bitcoin and cryptocurrencies are available for trading 24/7.

Some investors try to increase their bitcoin holdings by trading profitably (buying low and selling high), but we don’t recommend this approach, even for experienced investors. Most people lose money when they try to buy low and sell high because they are trading against professional traders or trading robots that use algorithms to analyze the markets and trade almost instantly.

If you have a large amount of money and want to invest it in bitcoin, your two safest options are average dollar costs and flat rate investment. If you are going to keep your bitcoin for the long term and are willing to accept the additional risk, the lump sum investment can be very profitable. On the other hand, if you want to play safer, you can choose to invest smaller, recurring amounts in bitcoins using the dollar cost averaging strategy. Remember, based on the average dollar costs, the cost of your bitcoin will be closer to average over the period you invested, and you won’t have to worry about a sudden drop in the value of your bitcoin.

No matter which method you choose, there are a few things to be aware of when getting started with bitcoin investing. First, there are many scams in the bitcoin and cryptocurrency space masquerading as investment schemes. Read our guide on How to spot cryptocurrency scams to protect your bitcoin investment. It’s also important to make sure you keep your bitcoins in a wallet that only you have access to. Remember: not your keys, not your coins! 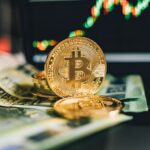 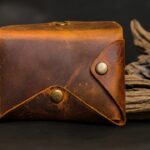