It’s one of the first questions many people have about Bitcoin, but in the end – when it comes to sending BTC – you’ll probably get the frustratingly vague answer of “It depends.”

It depends on what your use case is and your definition of “sending bitcoins”. In general, sending Bitcoins can take anywhere from seconds to over 60 minutes. Typically, however, it will take 10 to 20 minutes. To understand how long bitcoin transactions can take, it’s important to understand what happens when you send bitcoins.

What happens when you send Bitcoin

You typically send bitcoins using some sort of bitcoin wallet software. The software transmits a message to the bitcoin network saying something like “I, Alice, am sending 0.1 bitcoins to Bob, and whoever mines this transaction will earn a transaction fee of 0.0001 bitcoins.” Bitcoin miners will receive the transaction and add it to their list of unconfirmed transactions, known as a mempool.

Miners take transactions from the mempool and group them into “blocks” that can hold about 3000 transactions each. Because of this limit, miners choose transactions that will reward them with the highest transaction fees. On average, a block is mined every 10 minutes, so if you pay a fairly high transaction fee, your transaction should be confirmed (mined) within about ten minutes. Note that this is only an average time and blocks can sometimes take less than a minute or more than an hour for mine. That’s why the question “How long does it take to transfer Bitcoin” can be so confusing for new crypto users.

To understand why mining is necessary, check out our article Why Bitcoin needs to be “mined”?.

While it is almost impossible to change bitcoin’s transaction history, there is one exception. When two miners mine different blocks at the same time, computers on the bitcoin network end up with two different transaction histories. This is known as a chain division or fork. Eventually, a new block will be added to one of the two chains before the other. When this happens, everyone agrees that the longest chain (the one with the most blocks) is the valid one.

When a bitcoin transaction is mined in a block, it goes from being unconfirmed to being “confirmed with a confirmation.” Each additional block that is added to the blockchain after which gives your transaction another confirmation. Since miners continue to add blocks to the chain containing the transaction, you can be pretty sure that there won’t be a chain split that removes the block with your transaction.

Some merchants will accept a large number of transactions with zero confirmations, so you can receive what you pay for right away without having to wait for further confirmations. Deciding how many confirmations you want to wait for depends on your risk tolerance and the value of the bitcoin you are sending or receiving.

How to send Bitcoin faster

Another way to
make faster bitcoin payments is to use the Lightning network, which is a separate payment network built on bitcoin, in the same way that web pages are built on the internet. The Lightning network uses the bitcoin currency but has its own set of different rules than those used by the bitcoin network. This allows payments to be made almost instantly and with almost zero fees.

Sending bitcoins can be almost instantaneous for low-value transactions, but it can take up to an hour or even days, depending on the value of the bitcoin you’re sending. The general rule is to wait for six confirmations, which should take about an hour, before accepting that a bitcoin transaction is final.

If you want your bitcoin transaction sent as fast as possible, be sure to include a transaction fee high enough so that a large enough number of miners prioritize your transaction over other lower-fee transactions. Bitcoin transactions can’t be instantaneous, but if you’re looking for that kind of payment experience, you can choose to buy from merchants that accept zero-confirmation transactions, or you could try using the Lightning network. 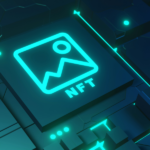 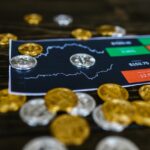