You may be a Bitcoin SV owner and not even know it. It is a little-known fact that only by owning Bitcoin Cash during a certain period of time could you have the rights to the same amount as Bitcoin SV. How exactly do you know if you are a Bitcoin SV owner? It’s actually not very difficult to find out whether or not you have a BSV.

This guide aims to help you follow a couple of simple steps to find and recover your Bitcoin SV. You don’t have to go out and buy it directly to be an owner. If you held a Bitcoin Cash balance on November 15, 2018, then you are a proud owner of BSV.

What is a Bitcoin Fork?

Forks are one of the parts of the cryptocurrency world that is simple to understand, but usually explained in difficult terms. All you need to know is that a fork is when a single network becomes two networks. The first time this happened was on August 1, 2017. This is the day when Bitcoin, forked and created the Bitcoin Cash network. A fork occurs because a fairly large group of people decide that the network needs to be handled differently. The second time this happened was on November 15, 2018 when Bitcoin SV forked from Bitcoin Cash. Here is a simple fork diagram so you can understand the concept more clearly.

Do you have Bitcoin SV?

You own Bitcoin SV if you had Bitcoin Cash on November 15, 2018. It’s that simple. To determine where your BSV is, you need to go back in your records. Try to remember all the positions where you were holding BCH. It’s worth checking every single wallet and trading where you were holding BCH. If you have stored your BCH in an unguarded wallet, then you have an equal amount of BSV located at the same address on the BSV network. You can import your BCH private keys into a BSV wallet to claim your BSV.

If you were holding BCH on an exchange, whether or not you have BSV depends on whether or not the exchange credited BSV to your account. Since exchanges are custody wallets, they check the keys. The exchange should credit each individual wallet with an equal amount of BSV in order to give its clients the ability to access their BSV. Most exchanges initially supported BSV, allowing users to request their BSV. However, after some time, a number of exchanges chose to discontinue support for BSV. Binance is one such exchange that has disabled trading and deposits for BSV.

Have you claimed any of the forks?

If you are one of those people who bought Bitcoin before August 1, 2017, but haven’t touched it since, then you own both BCH and BSV. Let’s just say you own 1 BTC. So, at the time of writing, you have 1 BCH ($227.87) and 1 BSV ($164.70). A number of wallets will make the claim for you. This is the easiest option if you are new to cryptocurrency. There are ways to do this manually, but it requires fairly thorough knowledge of private keys and custom wallets. For the average user, we recommend importing the 12-word phrase into Exodus or Atomic. These wallets are designed for the novice user. They drastically simplify the BSV and BCH application process. They also have a built-in exchange so you can trade BCH and BSV for other crypto currencies, if that’s what you choose to do.

Are there many other Bitcoin forks?

Yes, in fact there are dozens. There is a site dedicated to monitoring each Bitcoin fork. If you own Bitcoin in 2015, chances are you own Bitcoin on all available forks. That said, you’ll probably spend a lot of time recovering your funds for some of the darker forks. Some of the designs are difficult to use and are downright dangerous. It is extremely important not to put your private keys in a wallet that you do not trust. Claiming some obscure bitcoin forks could end up being far more troublesome than it’s worth. In general, the three most popular forms of Bitcoin are Bitcoin Core (BTC), Bitcoin Cash (BCH), and Bitcoin SV (BSV). The rest are dead or in bitcoin limbo without a dedicated developer team or formal leadership to lead the project. 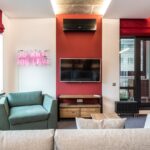 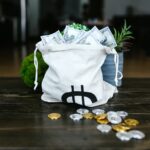