In terms of blockchain use cases, decentralized autonomous organizations (DAOs) have become one of the most common applications of this new financial technology. A DAO can basically be seen as a way to do corporate governance on a blockchain.

A new crypto token must first be created on Ethereum, another blockchain that allows users to issue their own assets, or even on their native blockchain. These issued tokens are then basically seen as shares in an organization, similar to how shares work in a traditional company.

Token holders are able to signal their support for changes made to the organization in a similar way to shareholder voting.

How does a DAO work?

The specific design behind a DAO can vary from project to project, but we use DAOs on Ethereum as an example since that’s where much of this activity takes place today.

In general, the idea is that everyone involved in the DAO is able to make decisions collectively instead of operating in a hierarchical approach commonly found in traditional business structures.

The idea with Bitshares was to create a sort of decentralized autonomous bank. One of the main points of Bitshares was to create synthetic forms of the US dollar that would be more decentralized than the centralized stablecoins that have become popular more recently. A user could put down a certain amount of BTS (the underlying token of the Bitshares system) as collateral to receive BitUSD, which was a token that was meant to track the value of the US dollar.

This type of system can be seen as an early version of many of the types of decentralized financial applications (DeFi) that exist today on Ethereum and other platforms.

In terms of DAO on Ethereum in particular, “The DAO” was the first major attempt to create such an organization and is also the most infamous project ever to exist in space.

The DAO was a project launched on Ethereum in 2016. It was able to raise $150 million ETH via a token sale on Ethereum, but there was a vulnerability in the smart contracts associated with The DAO that led a hacker to steal much of the funds held by this DAO. In response, the Ethereum blockchain was effectively forked to steal funds from the hacker and return them to those who held DAO tokens.

The whole situation shook the entire base of what Ethereum should have been, as “code is law” was a common mantra in the community prior to this event. The backlash against this reversal of what happened on the blockchain led to Ethereum splitting into two separate networks, Ethereum and Ethereum Classic, despite attempts by the Ethereum Foundation and other entities to fend off the value of the original Ethereum chain (now called Ethereum Classic) where hacker DAO still had control of the funds they were able to obtain from faulty smart contracts.

These days, most DAOs are tied to various DeFi projects on Ethereum and other platforms. For example, MKR, is a governance token for the MakerDAO platform, which is used to create ERC-20 tokens pegged to the dollar that are backed by collateral in the form of ETH and other tokens. Another example would be UNI, which is the governance token behind the decentralized exchange Uniswap.

While all of these DAO governance tokens behind DeFi projects are set to grow in value as DeFi apps grow in popularity, it’s important to look at the specific tokenomics behind each of these tokens to make sure that’s actually the case. Bad tokenomics in some projects has led to situations where a decentralized app has become quite used without much additional value accumulated up to the underlying token.

The limits of DAOs

It’s often hard to find the true value proposition for the types of blockchain-based applications that are built more around buzzwords rather than real-world use cases. DAOs are another area of the cryptocurrency ecosystem where the term has become more of a buzzword than anything else. In many cases, something can be called DAO or DeFi without actually having much in the way of real decentralization.

As mentioned above, the tokenomics behind a DAO token is extremely important, since simply referring to a particular project like DAO does not mean that the token will necessarily increase in value as the application behind the DAO increases in popularity. Also, a DAO that has one or a handful of entities controlling the vast majority of supply doesn’t offer much in the way of decentralization. If one or a handful of token holders control the vast majority of voting shares, then the level of decentralization achieved by the organization is more about theater than anything else.

Another potential problem with DAOs is that they tend to add additional costs to their related applications. If someone were to fork the DAO-related project and remove fees or other aspects of the application that should provide value to DAO token holders, the DAO token value of the projects could plummet overnight. This is effectively what happened when the 0x protocol was forked to remove the need to use a proprietary token associated with the platform. If you look at Ethereum itself as a DAO, then you might see a similar phenomenon eventually occur if people decide they prefer to use something like RSK, which is a Bitcoin sidechain, instead of having to use a separate token, ETH, for gas payments.

It’s always important to stay skeptical about anything new in the Bitcoin and cryptocurrency space, as there have been many bad ideas and outright scams implemented over the years. That said, it would make sense to keep following the evolution of the DAO concept to see what level of value it can add to the entire ecosystem. 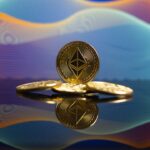 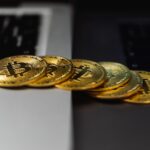