When different exchanges are compared in the cryptocurrency space, one of the terms that gets thrown around more than any other is liquidity. While other cryptocurrency exchange attributes, such as security and fees, are also extremely important to consider, liquidity can have a huge impact on your ability to get a fair exchange rate for your crypto assets. But what is liquidity? Let’s take a closer look at this key aspect of the exchange ecosystem.

Liquidity is effectively a measure of the ability to buy or sell a particular asset at its current fair market value. For example, if you have some Bitcoin and want to exchange it for US dollars, there must be enough demand on the other side of the order to be able to make the sale at the current exchange rate.

If you want to sell $1 million worth of Bitcoin
and there are only $500,000 worth of buy orders close to the current market rate, you’ll end up selling some of your Bitcoin at a price lower than what is generally accepted as the current exchange rate. Also, your sell order will lower the current price of Bitcoin because there weren’t enough buy orders at the requested sell price.

This phenomenon of not being able to buy or sell a particular asset at the market price in large volumes is known as slippage.

Cash is generally accepted as the most liquid asset in the world because it can be used to buy just about anything without slippage. While Bitcoin is meant to be a form of digital money, it doesn’t even come close to the levels of liquidity found in fiat currencies like the US dollar.

Liquidity is often confused with volume, but these are two different things. There is usually a close relationship between liquidity and volume, but high volume does not necessarily mean high liquidity.

Trading volume is simply a measure of the value of trades executed within a period of time, typically measured on a daily basis. Liquidity, on the other hand, has more to do with buy and sell orders that are currently on the order books. In other words, volume is a measure of trades that have already taken place, while liquidity informs bids to buy and sell that can currently be accepted on the stock exchange.

There is not necessarily a direct connection between trading volume and liquidity; However, an exchange with high trading volumes will tend to attract more traders. There are extreme network effects at play when it comes to crypto exchanges because everyone wants to be on the stock exchange with the most liquid markets (due to the high level of activity).

High trading volumes can attract new traders to a cryptocurrency exchange, which will lead to more buy and sell orders on books at all times, which means a higher level of liquidity. This has a compound effect, as higher volumes and more users typically mean that the exchange can offer better fees and rates, only increasing their value offering compared to other exchanges.

Is Bitcoin considered a liquid asset?

In terms of the cryptocurrency market, there is no more liquid asset than Bitcoin. That said, Bitcoin whales are still able to move the price of the crypto asset with their large buy and sell orders. This can be due to a number of reasons, one of which is that there are hundreds of different trades, and this creates price discrepancies in all markets. If, on the other hand, all cryptocurrency trades were executed on a single, centralized exchange, the market would certainly be more liquid.

A liquid asset is defined as an asset that can be quickly transformed into cash at a rate that is not far from the price quoted on the open market. The nature of Bitcoin makes it so that it can be turned into cash very quickly, but those who transfer extremely large amounts of Bitcoin may experience some slippage.

It should be noted that Bitcoin’s liquidity and trading volumes have increased tremendously since the early days of the technology. Other highly liquid assets including USDT, which is essentially a liquidity anchor, and Ripple, which is used heavily by banks and financial institutions.

When measuring cryptocurrency liquidity, we recommend that you look at the order books of all exchanges where such an asset can be traded, in addition to other variables, such as accepting the crypto asset via payment processors.

Which cryptocurrency exchanges offer the most liquidity?

The cryptocurrency exchanges with the
most liquidity also tend to be the exchanges with the highest trading volumes. These days, Binance has by far the majority of Bitcoin assets via the BTC-USDT trading pair. Binance also tends to be the main trading hub for a large number of altcoins.

If you’re looking to trade a particular altcoin, then you’ll want to make sure you look at the trading volumes and liquidity for that specific crypto asset rather than all the crypto tokens traded on the exchange combined. Smaller altcoins are often traded on niche exchanges.

It should be noted that there are also over-the-counter brokers that help investors who wish to trade a large amount of cryptocurrency while minimizing slippage.

There is no real difference between how liquidity works on a stock market or a cryptocurrency exchange. The same basic principles apply in both cases.

However, there is a fundamental difference between the way liquidity works for stocks and cryptocurrencies more generally. The liquidity of a security is centralized on a single exchange. For example, all trading of Apple shares is done through the Nasdaq exchange. With cryptocurrencies like Bitcoin, liquidity is split between a large number of different exchanges. Although, as mentioned above, network effects tend to push most traders towards the same few trades. 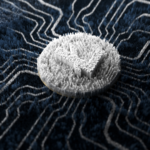 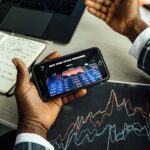