When can Coinbase users get their hands on NFTs?

The NFT market grew in 2021, with an average trading volume of $10.7 billion. In fact, it recorded $5 billion in trading volume in January 2022 alone.

To address the rapid rise of NFT, major cryptocurrency exchanges such as Binance have already extended support for NFT, adding to the list of places to buy NFT.

However, Coinbase, one of the leading exchanges, has yet to allow NFT trading on its platform, sparking strong speculation among investors anticipating the launch of NFT.

COINBASE NFT LAUNCH DATE
Coinbase has not yet confirmed the official launch date of its NFT marketplace, and the announcement page still states that NFTs are “coming soon”. Potential NFT holders can also sign up for the NFT waiting list.

Coinbase said its NFT marketplace called Coinbase NFT will comprise “social features” and propagate the concept of the “creator economy”, a term used to describe people who make money by publishing content online. It also claims that the marketplace will first support Ethereum-based ERC-721 and ERC-1155 tokens, before moving to multi-chain support.

The Verge and TechCrunch report that Coinbase will launch its NFT marketplace “later this year”. Meanwhile, Fortune said in October that the marketplace will launch within the next quarter or two. This suggests an early to mid-2022 launch could be on the cards.

COINBASE NFT COLLECTIONS
A sign that the launch of the Coinbase NFT marketplace is coming very soon comes from its launch partner announcements.

As of February 8, the Coinbase NFT Twitter account has revealed several NFT collections that the exchange will partner with for its NFT launch. Current partners include:

Long Neckie Ladies
In addition to these collections, Coinbase has partnered with several NFT creators, including Baeige, Pak and Matt Gondek. 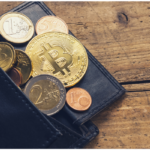