This is what is brewing in the BAYC Metaverse.

The NFT conversation will always be incomplete without mentioning the Bored Ape Yacht Club NFTs and their explosive success, which is now moving into the metaverse.

NFTs featuring images of primates with eccentric outfits and expressions became extremely popular during 2021. It is now firmly one of the top NFT projects of all time.

Now the BAYC team is ready to expand their existing project by venturing into the metaverse.

After launching their ApeCoin token, let’s take a look at what’s in shop with the BAYC Metaverse.

BORED APE YACHT CLUB METAVERSE
According to a pitch deck obtained by The Block, the BAYC DAO team will venture into the metaverse through the sale of virtual land plots.

Each plot will comprise distinctive features in terms of resources, artefacts and rare characters.

According to reports, the team will sell 200,000 land plots. These will be distributed in two sales, held in March and August.

The team expects to raise $178 million from each sale.

Yuga Labs is also working on a racing game with Animoca Brands, which will participate in the launch.

Yuga Labs is also working on a blockchain game called MetaRPG that will be compatible with “the NFT host”. The game will facilitate an in-house feature that allows users to create characters from NFTs they own, or develop NFTs from scratch.

Yuga Labs has now launched ApeCoin, its governance token that is said to power the BAYC ecosystem. According to The Verge, the initial use of the token will be as an in-game currency token. The token will be compatible with several games starting in March, including Benji Bananas and another untitled game. 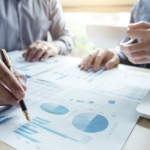