XRP is one of the largest cryptocurrencies in the world with a market cap of $23 billion. It is the native token of the Ripple blockchain that was launched in the year 2012. Ripple focuses on financial services and serves as a payment protocol that powers financial transactions around the world.   Unlike Bitcoin and Ethereum, Ripple is more centralized as it is a more private network (Unique Node List), unlike Bitcoin or Ethereum which allows validators to take control of transactions.

After struggling in the early years, the year 2017-2018
turned out to be the best year for XRP and during this time frame, XRP was the second most capitalized cryptocurrency right after Bitcoin. The all-time high price of XRP was again 5 years old on January 4, 2018. XRP was valued at $3.84 back.  However,  After the US SEC accused Ripple, the developers of XRP, of selling XRP in unregistered securities to investors, the price plummeted and there was a mass sell-off.

Is XRP a good investment?

XRP has an excellent
use case, is quite differentiated, and has an early mover advantage that makes it an excellent cryptocurrency to invest in at any given time. Some risks

Here’s how XRP has performed in recent years

In 9 years since launch, 4 have been positive and 5 negative. This year, XRP ranks 12th in performance among 49 cryptocurrencies with a market capitalization of more than $1 billion.

Therefore, compared to others, XRP has been an above-average investment so far, but not as brilliant as for example BTC, ETH or DOGE.

With a market cap of over $23 billion, XRP is the 6th largest cryptocurrency in terms of market capitalization. XRP failed to rise higher due to the SEC case against its parent company Ripple. Many larger exchanges have not listed it due to the ongoing SEC vs Ripple case.

At $500, XRP’s market cap will be worth $24 trillion. In theory, this is feasible, but any prediction of this nature is highly speculative.

The different platforms that predict the future price of XRP
have predicted that the maximum price of XRP will be less than $ 10 even by the end of 2030. However, we believe XRP has the potential to reach $100 in the future.

Ripple Lab, the parent company of XRP, was involved in the
legal battle against the SEC and even after a couple of years, there was no end to the case. However, XRP developers have been working to position them as leaders in the payment system and taking a step closer to this, Ripple will present new XRP payment solutions at the Apex Dev Summit in Las Vegas.  With this development Ripple will provide Pay with anything to deliver what the store owner wants to receive. It will also have a refund feature built into it.

As mentioned above, XRP is quite differentiated from other cryptocurrencies and therefore is likely to perform well if the SEC case were to be settled in its favor.

The price of XRP directly depends on the ongoing lawsuit against its parent company Ripple. If the lawsuit between XRP and Ripple is not resolved, we could see XRP trading below $1 in 2023 as well.

According to a PWC report,

Therefore, the future of Ripple and XRP seems highly motivating considering the way the world is moving towards adopting the fastest and most seamless payment solution. Investing in XRP can be a good long-term investment option.

Taking multiple platforms into consideration, the aggregate of the 2030 XRP price prediction is $7.2.

Here is the XRP Price 2030 forecast based on some calculations:

Factors that can affect the price of XRP

Acceptance of Ripple as a key mode of payment protocol

So the real questions are:

In our opinion, there are numerous other tokens on the market that are worth investing in and that could perhaps offer the same return over a longer period of time. However, if an investor feels that the risk is worth taking, proper risk management is essential.

In the recent development, the SEC
did not take a position in the motion filed by Philip Goldstein, Investor Choice Advocates Network ((ICAN) and SpendTheBits. However, the SEC asked to be allowed to respond against the motion.

In recent months, there has been an increase in the number of companies that have filed motions in favor of Ripple.

XRP Price Prediction After the Lawsuit

XRP recently saw a jump in the number of new addresses. Santiment, the platform that tracks addresses through cryptocurrencies, reported that due to the latest spike in XRP’s price, new addresses created on October 7 were the highest in 3 months. The latest increase in the price of XRP is attributed to the recent Unique Node List (UNL) update of the XRP ledger.

The Ripple vs SEC case has been dragging on for a couple of years, but there are chances that the case will be settled soon. XRP investors and those who have been waiting to invest in XRP are eagerly waiting for the case to be resolved.

The prediction of the XRP price
after the lawsuit cannot be determined, but it is expected that the price of XRP could rise explosively considering the growth of the Ripple network. There has been a growing acceptance of the Ripple payment solution and once the case is resolved we could see a sharp increase in the price of XRP.

XRP Price Prediction: How is XRP different from others?

XRP has struggled in recent years and the main reason behind it is the SEC lawsuit against its parent company Ripple. However, there are chances that the lawsuit will be resolved between XRipple and SEC. If so, the price of XRP could rise higher. XRP as a cryptocurrency has multiple advantages that will help it grow.    Here are some benefits of XRP that could help it grow:

Growing adoption of Ripple: Ripple Lab XRP’s developers have worked to be recognized as a key payment protocol that can improve international money transfers. Many crypto experts are of the opinion that Ripple in the near future could revolutionize the transaction process worldwide.  If so, the price of Ripple’s native XRP could skyrocket.

Limited supply: XRP has a limited supply, only 100 billion XRP tokens have been created, and it is not possible to create new coins now. Therefore, with less supply in the future, the supply will shrink further and thus help XRP go up.

Some of the projects and clients using XRP Ledgers are:

Here are some steps to buy XRP:

Choosing an XRP exchange is quite difficult since most exchanges eliminated XRP after the lawsuit.

Once you’ve decided on the exchange, you’ll need to create an account that will require your personal details along with your banking information. In most cases, you’ll deposit money from a bank account, such as your personal or savings checking account. You can also typically complete bank transfers, use a debit card, or deposit money from PayPal.

Once you have created your account, the next step will be to fund your wallet.

Once you’ve funded your wallet, you can now use the wallet amount to buy XRP. 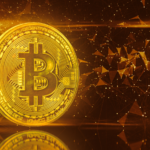