Ethereum users generally support switching to the bet test. This means that the proof of stake version of Ethereum is highly poised to become the default and dominant version of Etherueum. During Bitcoin’s block size wars, there was an open question about which version of Bitcoin would be preferred. Of course, before the August 1, 2017 fork, there was a great deal of debate and fragmentation about the future of Bitcoin.

Also, this was the first major topic of the community about introducing new code in Bitcoin. Finally, it was unclear which entities would have the greatest influence on the selection of the dominant version of Bitcoin. Do miners have the most control? Developers? The big stock exchanges and companies? Portfolio builders? Traders? Or the people who hold and use Bitcoin?

It turns out that it was the users who finally decided that “BitcoinCore” was the real version of Bitcoin over “BitcoinCash”. In a sense, the free market has decided. Anyone who owned Bitcoin at the time of the fork had an equivalent amount of Bitcoin Cash (BCH). Some people sold their BTC for BCH while others sold their BCH for BTC. Some kept both until a clear winner was decided. But it didn’t take long for BCH to give up at a price of around 10% BTC.

Who wants Ethereum to Fork?

First, there are exchanges that intend to provide the ability to trade the newly forked asset nicknamed “ETHPOW” shortly after the merger. Poloniex was among the first exchanges to announce its support for ETHPOW. This is followed by Gate.io, Phemex and FTX.

These companies don’t necessarily want the fork to happen, but they’re more than happy to profit from it if it does. Exchanges would simply create markets to trade ETHPOW. Regardless of the direction in which the price of ETHPOW goes, exchanges would make money. The higher the speculation, the greater the volume and volatility. These factors represent the realization of a highly profitable event for exchanges.

Next, let’s take a look at some people who are supporters of a PoW version of Ethereum.

First, there’s Justin Sun, the founder of Tron. Since Tron is a direct competitor to Ethereum, it makes sense that Justin would want to sew up as many divisions and controversies in the Ethereum community. The best way to attack a competitor is to make him attack himself. Justin pledged to donate 1 million ETH to see ETHPOW succeed after the merger. It is quoted as saying that proof of work is essential for Ethereum as a smart contract platform. The statement is slightly contradictory considering that Tron is a delegated proof of stake (DPoS) blockchain. Overall, the intention of Justin’s involvement in the Ethereum PoW debate seems to be to cause confusion and disruption.

Then there’s Chandler Guo, a major Ethereum and Ethereum Classic miner based in China. Chandler was in favor of Ethereum Classic over Ethereum when the 2016 DAO hack occurred. Once again, he throws his hat off to the loser, ETHPOW. The reason for this is quite obvious, it runs many Ethereum miners.

A permanent move away from PoW threatens the profitability of its operations. Yes, it can simply bet its army of GPU platforms on Ethereum Classic (ETC), but it is sure to make less money by not mining raw ETH. Chandler has also been outspoken about the philosophical implications of PoW mining versus PoS mining, so there are good reasons to believe that his interests are not purely profit-motivated.

In conclusion, it looks like we’ll see a fork of Ethereum happen during The Merge. But it is difficult to conceive of a scenario in which this fork can actually count or interrupt the fundamental operations or market value of Ethereum PoS (ETH). However, for anyone holding ETH at the time of The Merge, there is a good opportunity to make quick money. You can choose to hold your ETH on an exchange that intends to provide a marketplace to sell the ETHPOW for ETH, USDT or BTC. If the Bitcoin/BitcoinCash result is some kind of proxy for this event, then there is a chance to collect a free trade ~10% by parting with your ETHPOW. Alternatively, you could keep your ETHPOW as a kind of novelty token.

The most interesting result is what no one has or could have predicted. In many ways this shift from PoS to PoW is the culmination of the debate between the two consensus mechanisms. A fascinating outcome would be if ETHPOW surpassed ETH and continued to be used by the community. My opinion is that ETHPOW will achieve nothing. 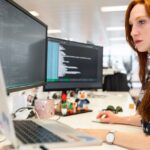 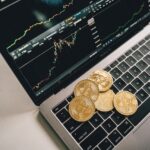