The NFT market has also suffered a severe blow in the midst of the latest cryptocurrency crash.

With questions fluctuating about why cryptocurrencies are declining today, bear market sentiment has finally affected major NFT projects resulting in the total collapse of the NFT market.

Some of the best NFT projects have collapsed with their minimum prices halved. All thanks to the recent crypto crash that ended up wiping out the glory of several blue-chip NPTs.

While the cryptocurrency market is witnessing diluted investor interest, have we gathered some insights into why the NFT market is collapsing at a rapid pace?

The current collapse of the NFT market: what happened?

Cryptocurrencies and NFT have an undeniable connection. With overall cryptocurrency prices falling nearly 24%, some of the top NFT projects have also seen their minimum prices drop rapidly over the past 24 hours.

Several blue-chip NFTs, including Bored Ape Yacht Club, have seen their prices cut by almost half in the past seven days. The minimum price has now dropped to 82 ETH – around $102,000. Meanwhile, their Mutant Ape Yacht Club prices also dropped to 22% to $20,000.

The recently launched Solana-based Moonbirds have also suffered the wrath of the current crypto crash. Its minimum price dropped 16% to $23,250.

Why do NFTs crash?

As mentioned above, NFTs are directly linked to major cryptocurrencies. With the entire cryptocurrency market sprinkled with volatility right now, it seems that NFTs are taking a hit in the midst of it all.

With Ethereum prices plummeting below $1300, several ETH-related cryptocurrencies are also suffering. Their prices have halved due to turbulent market conditions.

In addition to that, crypto critics are also talking about a particular bathtub effect. They define it as a process in which a large NFT project is put up for sale that indirectly affects the prices of other NFT projects. This is because investors are trying to sell those NFT positions to free up currency to buy the new NFT.

Another important reason why the NFT market is collapsing is the decline in investor interest in NPTs. According to recent data from Google Trends, there has been a significant decline in the term “buy NFT”, recording a sharp drop of 80%. Along with that the term “sell NFT” fell 83% in Google’s search interest index. All this signals a deterioration in the interest of users in the NFT domain.

The recent collapse of luna cryptocurrencies, along with the USDD Depeg, has also affected the overall position of investors. It may have prompted them to slow down their overall NFT/cryptocurrency trading. 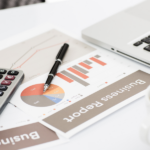 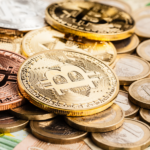