WHO IS ANDRE CRONJE?

Andre Cronje was to DeFi what LeBron is to the NBA: an undisputed all-time great, no matter what team he plays for.

Cronje’s sudden departure from DeFi (apparently the last and final of many) resulted in a price plunge almost akin to a rug-pulling for some of the projects he was involved in. YFI fell 11% within an hour of the announcement, and KP3R plummeted a shocking 38% on the same day.

With Cronje’s departure, the market fears that these protocols will lose much of the developer experience that made them so popular.

But let’s back up for a minute: after reading all this, less experienced DeFi investors may wonder:

Who is Andre Cronje and why should I care that he left the DeFi space?

Alexandria by CoinMarketCap explains how Cronje became one of DeFi’s most prolific developers, his talismanic role in some projects and the reasons and consequences of his retirement from DeFi…

Join us as we showcase the cryptocurrency revolution, one newsletter at a time. Subscribe now to get daily news and market updates straight to your inbox, along with our millions of other subscribers (that’s right, millions love us!) – what are you waiting for?

HOW ANDRE CRONJE CAME TO DECENTRALISED FINANCE
A law graduate from South Africa’s University of Stellenbosch in 2003, Cronje quickly found his way into information and communications technology after completing school. Surprisingly, his first work experience recorded on his LinkedIn was a teaching position at the Computer Training Institute in South Africa. After completing a 16-month stint there, Cronje moved to IT and held positions at Vodacom, several CTO positions and two stints as a mobile developer.

The transition from big data to crypto happened when Cronje served as chief technology officer at Freedom Life, a company focused on deep learning, blockchain and cryptocurrency. After leaving Freedom Life in 2017, he joined the blockchain space for good: several positions as an engineer and technical advisor on various blockchain-related projects followed. However, Cronje really grew to fame with his involvement in Fantom and various DeFi projects.

He served as a technical advisor to the Fantom Foundation for almost four years (2018-2022) and then developed the popular yearn.finance and Keep3rV1 protocols. It’s not an exaggeration to say that his first DeFi project, YFI, was responsible for actually bringing DeFi into the mainstream (or mainstream within the crypto space, that is). Then, Cronje’s final project, and possibly the reason for leaving DeFi, was Solidly Exchange….

CRONJE AT DEFI
Cronje’s first big success at DeFi was yearn.finance. Born in February 2020 from its previous iteration called iEarn, YFI quickly became the most popular DeFi protocol at the time. And despite being far from its all-time highs, YFI is still very popular among advanced DeFi users.

In essence, yearn.finance is a performance aggregator that allows users to automate their performance farming and maximise profits. YFI aggregates different investment strategies from popular DeFi protocols such as Curve, Compound and Aave and delivers on a promise made by many but fulfilled by few: to facilitate decentralised finance.

One reason YFI became so popular and traded over $90,000 at one point was, besides the obvious value accumulation of the token, that Cronje launched it in a completely decentralised and fair way, without making a profit on it himself.

Cronje’s second big DeFi success was KP3R, a kind of blockchain upwork.
Keep3rV1 facilitates coordination between projects that need to source from outside development operations and those that can provide the required services. For example, job seekers can connect with job providers from the DeFi space, with Keepers providing the smart contracts, bots or scripts that can execute transactions or trigger events. Cronje himself said that Keep3rV1 enabled the development of DApps such as MetaWallet and Unihedge that otherwise would not have been possible.

Cronje’s presumably final DeFi project is Solidly Exchange, an AMM for DeFi protocols. In contrast to regular automated market makers, Solidly Exchange has two unique features: its focus on fees rather than liquidity and its use case of being a “B2B AMM”.

Instead of maximising liquidity, a major challenge in the oversaturated AMM market, Solidly maximises fees. For example, unlike Curve Finance, Solidly’s liquidity providers only receive fees from the groups they vote for. The protocol’s internal competition to offer users the best possible fees acts as a brake on excessive token exchange fees.

Solidly Exchange’s tokenomics was based on the TVL of Fantom’s top 20 protocols, leading to a massive influx of liquidity into Fantom as capital rushed to gain exposure to Cronje’s new DeFi product. However, Solidly Exchange quickly plummeted in value after its launch due to a buggy start and poor user experience.

And that is what may have led Cronje to pull the plug.

WHAT CRONJE THOUGHT ABOUT BUILDING IN DEFI
Cronje often described himself as an introvert whose personality did not necessarily align with the fast and loose mentality of the crypto space:

The same could be said of his LinkedIn About section:

“There’s just a lab accident between me and the supervillain … Honestly, this lab accident really needs to happen soon …”

Another hint was the disclaimer he had on his now-deleted Twitter profile:

“Disclaimer: when I build software, I build it for myself. If you insist on interacting with it, be careful, there will be bugs. The interfaces are designed to make my life easier. I will make mistakes. If you don’t understand it, please don’t use it.”

Cronje was frank about not being fond of the crypto culture that pervaded the space. Back in 2017, he had said:

“After my initial foray into the DeFi space, I realised that the space seemed to be full of marketing hype and lies, but the core technology of decentralisation is still going strong and is here to stay.”

He redoubled the bet on that point while on an Erica Kang YouTube show in September 2020 when he compared the DeFi boom in 2020 to the infamous ICO boom in 2017:

“Now we feel like DeFi and ICO are in the same field, but that’s not the case, everyone thinks they need a token, so they need a yield farm for liquidity mining.”

Even when he launched YFI, probably his most popular project, he only half-jokingly described the token as a “totally useless 0-supply token”.

The backlash over YFI was also the reason Cronje first left DeFi in March 2020. In a blog post titled “Building on #DeFi sucks,” he said:

“It’s expensive, the community is hostile, users are entitled.”

In another interview, he expressed that “it was a lot of fun before iEarn got big”, and that he started to hate it because it all became his fault:

“No matter what you do, they will be unhappy and go out of their way to tell you that […] constantly looking for any information to break you up”.

Cronje’s second “DeFi breakup” came in the fall of 2020. In an interview with crypto media outlet Decrypt, he said the following:

“Close to rage quitting again […] so sick and tired of this space.

I just don’t understand why everyone is so adversarial and targeting my project so much. There are multi-million dollar projects raised by VCs that can steal funds instantly, there are escrow services that lie about being DeFi, there are active scams. And yet here I am, not a single penny raised, building on my own, and I’m under attack 24/7.”

Cronje never hid his feelings about the “toxic” DeFi community. He even admitted to Cointelegraph that press coverage painting him as a “flyer” was completely accurate. As a reason, Cronje cited the compounding stress of construction and people complaining and demanding constant follow-ups, updates and more.

CRONJE’S EXIT FROM DEFI
The proverbial bombshell went off on 6 March when Anton Nell, Cronje’s long-time colleague at the Fantom Foundation, announced that Cronje and himself were leaving the crypto space with immediate effect:

The real bombshell here is, of course, the termination of the services and applications in which Cronje and Nell were involved. Although Fantom CEO Michael Kong later clarified that the projects were not being shut down completely, the market reaction was predictably bearish.

However, the market is one thing and the community is another. With Cronje playing such an influential role in DeFi, the reaction was predictably strong. The DeFi Edge, a popular analyst, alleged that the latest drama surrounding Daniele Sestagalli, Cronje’s partner in the Solidly Exchange project, and its failed launch may have been the straw that broke the camel’s back.

An anonymous source told Blockworks that Cronje’s departure will definitely leave an impact on the space:

“Andre is an impressive deep thinker with big questions,” the source said. “He’s an important and positive influence… his departure will have an impact.”

And even though Cronje has already broken up with DeFi twice, Nell was pretty sure this one may be for good:

The DeFi Edge disagreed with him, as his intuition tells him that builders like Cronje will always return to their passion:

No matter how things turn out, Cronje’s impact on DeFi was so significant that listing all the projects he worked on would merit a category of its own. Whether he returns, possibly as an anon, or not, Cronje made DeFi a better place. His developer skills and thoughtful approach will be missed. 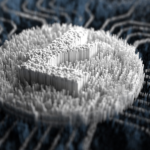