The Shiba Inu ecosystem is set to expand with another cryptocurrency token called TREAT that it is looking to launch.

As announced in an update to Shytoshi Kusama, TREAT will be used as a ShibaSwap reward and will play a role in the Shiba Inu metaverse and Shiba Inu Game.

This is a surprise for Shiba Inu holders. As we published in our previous ARTICLE on TREAT in March, few ever thought that the token would be released, until now.

“Yes, you are reading it correctly. TREAT will be launched as part of the development of our ecosystem.”

Shytoshi Kusama’s announcement of a fourth token in the Shiba ecosystem took everyone by surprise. With so many elements for the ecosystem, few remember the existence of TREAT on the WoofPaper.

However, going forward it seems that TREAT will play an important role in many Shiba Inu projects. After the DAO voted to stop shibaSwap BONE rewards, giving this to Shibarium instead, a gap opened up for ShibaSwap rewards. This will be filled by TREAT.

It will also provide rewards for the SHIB Metaverse and the upcoming Shiba Inu Game.

TREAT will also play a role in balancing SHI – the next Shiba Inu stablecoin. Scheduled to launch in 2022, we’re not sure if this means TREAT will be the cryptocurrency pegged to SHI, or it’s more of a reference to balancing the broader ecosystem.

This will make TREAT the fourth (or fifth depending on SHI) token, after SHIB, BONE and LEASH.

In addition to announcing that members of the Shiba Inu breeds have been assigned a “limited supply of TREAT,” Shytoshi also explained why little was said about the fourth token. “We didn’t want to precipitate another token into the ecosystem,” he said. “And its use case needs to be well defined and outlined.”

There is no release date for TREAT yet. With bone rewards on ShibaSwap expected to sell out in the coming months, if you want to replace this token smoothly, it could happen soon. 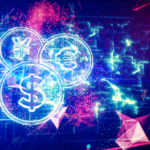 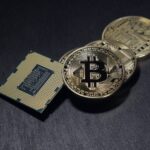