Ethereum
pioneered the level of generic smart contracting on its blockchain, so it’s no surprise that the Ethereum Virtual Machine, or EVM, for short, has attracted and retained a huge portion of Web3 developers.

What is less well known is that EVM is not intrinsically linked to Ethereum. It is already deployed on several other blockchains. With that in mind, here are three predictions of where the EVM space will grow and evolve in the coming year.

A growing collection of EVMs will become increasingly specialized

The EVM is by far the most popular execution environment among smart contract developers. The proliferation of decentralized apps, or dApps, on Ethereum and Layer 2s is a testament to this vibrant building scene.

At the same time, users may be a little disillusioned when they see that many of the dApps on these different EVMs are simply forks. The many examples of decentralized exchanges such as Uniswap or Sushiswap and lending protocols such as Aave are perfect examples of this phenomenon.

These forks are not created unnecessarily – Uniswap on
Polygon generally has lower transaction costs than Uniswap on Ethereum – but when you consider that liquidity is fragmented between these multiple versions of the dApp and therefore consider that developers have to keep each of these applications forked, the case for multichain implementations is not very strong.

As the Web3 application space, and especially decentralized finance (DeFi), matures, applications will consolidate into one or a few instances and interact with other ecosystems.

In conjunction with this consolidation, we will also see increasing specialization across EVMs to meet specific types of applications. These are called application-specific EVMs, built to suit application categories such as DeFi, ReFi [regenerative finance], and infrastructure. Some of these applications will mature and migrate to their application-specific blockchains (appchains), such as what the blockchain blockchain, Cosmos, allows.

The already decentralized derivative exchange dYdX is building its appchain within the Cosmos ecosystem, a decision made by its developers to take more control over the entire platform stack. More native Ethereum apps may soon follow.

However, different
dApps have different amounts of resources for contributors and developer skills behind them, so don’t expect them all to become appchains overnight. Building and maintaining an application, especially when it has been deployed to multiple chains, is quite difficult for many teams.

So, in addition to the extensive generic EVMs like Ethereum, Polygon, and Arbitrum, there’s also plenty of room for EVMs with unique features. There will be more conservative EVMs (like grandpa Ethereum) and others building innovative new features that enable next-generation dApps.

EVMs will prioritise interoperability and composability

A key component of Vitalik Buterin’s Endgame vision for Ethereum is a thriving multi-rollup ecosystem. This might very well work, but there will be more than just EVM rollups involved. There will also be many independent but interoperable EVM blockchains, some of which, like Evmos, will develop unique and extensive EVM capabilities.

This expanding collection of EVMs will be diversified and will see maximum value creation when fully composable. This would allow dApps on one chain to use and interact with dApps deployed on other chains, effectively creating cross-chain “lego money”. In my mind, this is how the scaling of Ethereum (both mainnet and L2 rollup) and Cosmos, each of which has seen rapid growth, will come together into a larger Interchain.

Ethermint will become the library of choice

Developers will converge on solutions that allow them to launch new EVM blockchains as easily as possible. An open source EVM library like Ethermint, built for interoperability, great developer expertise, and extensibility, fits this bill perfectly. (Full Disclosure: Evmos drives development and maintains the Ethermint library.)

The beauty of Ethermint is that it brings together the EVM and the Cosmos SDK [software development kit]. This means that blockchains built with Ethermint can allow EVM smart contracts to use core Cosmos modules.

I’ve already mentioned the importance of interoperability, and IBC, the non-custodial bridging protocol that made Cosmos famous, is just one of the many unique features enabled by Cosmos’ SDK modules that Ethermint can allow dApps to leverage.

Additional building blocks such as Interchain Accounts and Interchain Queries are making cross-chain app development a reality. These two modules allow chains to forward and act on messages, as well as control resources on their respective chains.

For example, a cross-chain version of vault-style products like Yearn could move/trade/LP assets on interconnected chains on Cosmos. That’s the tip of the iceberg when it comes to IBC-enabled dApps, and I’m excited to see this design space explored.

The future is bright for EVMs. They are proliferating, expanding their feature sets, and bringing Ethereum and Cosmos together. In 2023 we will see years of infrastructure development bring this to life for users as EVM applications become more powerful and more connected than ever before. 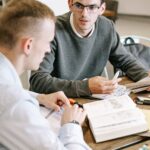 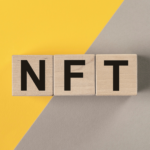