The following guide will look at the ins and outs of the equity float, why it is important to investors and how it can determine the kind of returns you can expect.

When investing in stocks, it’s essential to do your homework before making any decisions. One key piece of information you’ll want to pay close attention to is the float in stocks and how its size can affect the risk involved with investing.

FLOAT IN STOCKS DEFINITION
The float in stocks refers to the number of public shares available for trading on the open market. It is not the total number of shares outstanding, as it excludes any closely held and restricted shares. Simply put, the float of a stock tells you how many shares can be bought or sold at the present time.

The float calculation requires you to subtract the number of closely held and restricted shares from the number of shares outstanding. Restricted shares are those that are not available for trading for a certain period because they are in a lock-up period after an initial public offering (IPO). Closely held shares, on the other hand, may be owned by company insiders, major shareholders or employees.

EXAMPLE CALCULATION OF FLOATING STOCK
As noted above, the number of shares outstanding does not always represent the amount of floating stock. A company’s float is calculated by subtracting closely held (shares owned by institutions, management and ESPOs) and restricted shares from outstanding shares.

LOW VS. HIGH
Since the float is the number of shares available for public trading, it is prone to fluctuations over time and is influenced by various conditions. Generally classified as high and low, knowing the size of the float will illuminate the volatility and liquidity of the stock.

High Stock Float
A stock float is considered high if it has a large amount of shares available for trading, typically with more than 15 million shares within its float. A high stock float is often seen in larger companies.

Due to many shares in the float, their liquidity can absorb any large movements. The lack of scarcity means that the value is often balanced by the number of shares that are traded. Since it takes more effort to move the price, stocks with a high float tend to be more predictable and less volatile.

As stable and predictable, high-float stocks are preferred by investors seeking stable, long-term growth without an increased risk of significant losses in a single session.

Most stocks in the high float category are large companies with a high number of shares to make the price per share affordable for the average investor. In addition, many of these companies are titans in their industry with a long history of dominance within their respective markets. Investing in a long-established successful company is, of course, a much safer bet;
Ideal for investors looking for stable and steady growth;
Insiders will rarely own more than 50% of a high-float stock, meaning that significant shareholder votes in companies with high-float stocks generally follow the lines of what the investment community wants to see, as they own the majority of the company’s shares.

Due to the quiet nature of high float stocks, there is less potential for momentous short-term gains;
Low internal ownership can also be seen as a drawback. If company experts do not want to put their money in the game, it is worth considering whether you should. Therefore, when investing in high float stocks, be sure to look for well-established companies;
As high float companies have at least 15 million shares available on the open market, to have real voting power as a single investor, you would have to own a significant portion of that multi-billion dollar float.
Low float stock
As the name suggests, low float stocks indicate that the number of shares available for public trading is low, generally with less than 10 million shares freely available. This may be the result of having a substantial number of closely held or restricted shares or having few investors. For such stocks, average daily volume tends to be low, leading to volatility and, as a result, wide bid and ask prices.

Before the company dilutes its value by releasing more shares into the market, the lower float, at first, can cause the share price to soar as long as the demand is there. For stocks with such a low float, a relentless rally creates demand. In other words, investors are tripping over themselves to buy shares when they are in short supply, which drives the price sharply higher.

Because of the large swings in value, low-float stocks tend to attract day traders. They can be highly lucrative in the short term, but also truly headache inducing due to their extraordinarily volatile and fast moving nature.

Advantages of low-float stocks for investors:

Due to the highly volatile nature of low-float stocks, there is ample opportunity to see dramatic short-term gains;
Although not always the case, low float stocks have low floats because insiders have purchased a large percentage of outstanding shares. High-level insider ownership indicates that the company’s management has high confidence that the company is moving in the right direction;
Low float stocks have a limited supply of shares available. Therefore, even the smallest news can trigger a surge in demand leading to dramatic growth in share price.
Cons of low-float stocks for investors:

High levels of volatility can also be expressed as a major disadvantage. As well as presenting an opportunity for extraordinary gains, the losses can be just as significant. A definite no-go for the risk-averse investor;
Low-float stocks tend to represent lesser-known companies. While there is a chance that the next Apple (NASDAQ: AAPL) could be found here, these companies often present more questions than answers, so it is essential that you do additional research in your decision-making process;
At times, low-float stocks with high demand will soar. However, a more likely scenario is that these lesser-known stocks may not be in high demand, making the acquired shares much more difficult to sell.

EVALUATING LOW-FLOAT STOCKS
Some things worth keeping in mind when considering investing in low-float stocks:

Relative Volume (RVOL): Relative volume shows the current trading volume of the company’s stock compared to past volumes. This indicator is critical for investors because it can affect the liquidity of the stock. Low liquidity means that investors are potentially stuck with stocks that they cannot sell.
News catalysts: Positive or negative news can have an immense impact on a low floating stock value. Keep an eye on the stock market and corporate news to predict which stocks are likely to make moves. A news event can cause a low float stock to change 50% to 200% in a single day, as they are scarce.
Percentage float: This is the percentage of the total stock available for trading. Each trader has their specific preference, but most look for a rate between 10-25%. It is worth considering: how small the float is and for how long, the reasons why it is low and whether there has been a reverse stock split (merger of shares to form a smaller number of proportionally valuable shares).
FLOATING SHARES VS. AUTHORISED SHARES VS. OUTSTANDING SHARES: KEY DIFFERENCES
A company’s shares can be organised into three different classifications, depending on their status:

Outstanding shares are the total number of shares a company has issued. This includes any closely held and restricted shares and those available for public trading.
Authorised shares are the maximum number of shares that a company is legally authorised to issue. It includes any shares that have already been published, as well as shares that have management approval but have not yet been released to the trading market. The authorised share count is established when the company is set up.
The float indicates how many shares are available to the general investing public for trading. It excludes any restricted or closely held shares.
IN CONCLUSION
In summary, a share float is the total number of shares available for the investing public to buy and sell. The company’s float is an excellent measure of potential risk and reward, as well as ownership structure, all of which are of great importance to an investor.

Note that floats have an inverse relationship with risk, as high-float stocks are less risky than low-float stocks. Therefore, it is vital to find out what you are looking for as an investor; is it stable growth and long term gains, or momentum with significant potential returns in the short term?

FREQUENTLY ASKED QUESTIONS ABOUT THE FLOAT IN STOCKS:
How to calculate the float?
The float in shares is calculated by deducting the company’s restricted and closely held shares from its outstanding shares.

What is a low float stock?
When a company has a low percentage of shares available for public trading, it is considered to have a low float stock. The low supply of shares leads to increased volatility and therefore wide bid and ask prices.

Why trade low-float stocks?
The high volatility of low float stocks makes them more adept at short term performance. So, if you are comfortable with high levels of stress and have done your research, low float stocks can surprise you with impressive short-term gains.

What is a high float stock?
When a company has a high percentage of shares available for public trading, it is considered to have a high floating stock. A greater supply in shares leads to more stable share price movements, which makes high-float stocks a reasonably low-risk investment.

Why should I consider high float stocks?
The stability and predictability of high-float stocks make them a good option for long-term gains. Therefore, if you are a risk-averse investor looking to invest in stocks that will grow over time, high-float stocks can present a lucrative long-term investment strategy. 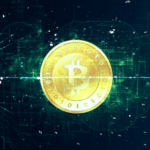