The metaverse is often formulated in such futuristic terms that it is difficult to understand how one can get involved in it today. But the truth is that metaverse-like worlds have existed for decades, and it’s possible that you’ve already experienced some of them without necessarily being aware of them.

What is the metaverse again?

Drawing on the structure of venture capitalist Matthew Ball, the metaverse is a persistent online world that blurs the lines of reality and virtual reality. Much more than a Call of Duty game, the metaverse refers to a 24/7 online world inhabited by economies that incentivize a new network of creators and infrastructure providers. Basically, this economy revolves around gaming resources that are interoperable. This concept differs greatly from the “walled gardens” – closed ecosystems – to which we are accustomed today; Ball provides the example of a skin for a CounterStrike gun that could easily be turned into a decoration for a fortnite weapon.

While Mark Zuckerberg’s Meta (formerly of Facebook) has its own ideas about the metaverse, the cryptocurrency community thinks blockchain technology is perfect for this new online world. Crypto games like The Sandbox and Decentraland offer first glimpses of how a creator-driven, crypto, and NFT economy might work. So, here’s what you can do in the metaverse today.

Games like Minecraft and Roblox have provided metaverse-like experiences for most of a decade; both Second Life and Eve Online have been alive and well since 2003, and World of Warcraft came to life in 2004.

Second Life is one of the closest metaverse analogues due to its creator-driven economy and vast sandbox world. You can do anything you want in Second Life, and some people have been documented to spend their lives in the game, living off the virtual land, collecting the game’s in-game currency, Linden dollars, and attending events.

In 2020, crypto games like The Sandbox and Decentraland are tilting the video game economy by adding digital assets to the mix. Not only can you import your non-fungible tokens (NFTs) into games and purchase virtual land, but you can also use fungible governance tokens from games to tweak the parameters of the virtual world you’ll inhabit, explore, and build.

Both are powered by cryptocurrencies: The Sandbox uses fungible SAND tokens as in-game currency and uses NFT to represent plots of land and other in-game native items, the types of resources that decorate your avatar, and Decentraland has fungible MANA tokens and non-fungible equivalents for virtual resources.

To create accounts, you just need to connect a crypto wallet like MetaMask. However, in Decentraland you can play as a guest without connecting a crypto wallet. The Sandbox is technically in alpha (testing phase), and the first season is closed, so you can’t play it until Alpha Season 2 is released, the date of which has not been confirmed.

Crypto-economy aside, these games work like any other sandbox game. You can roam the respective virtual worlds of games, hang out with brands and celebrities who are rushing to grab the market. In virtual spaces, such as shopping malls, art galleries or squares, you can walk and talk to people, play games, build houses or attend events. Decentraland also hosts its own music festivals. Unfortunately, despite advances in modern computer game graphics, many of these newer games look no better than second life’s in 2003. But the magic is, at least in theory, in the relationships you can forge with your virtual siblings.

Meet people from anywhere for work or play

There are many gathering spaces in the metaverse. While you can certainly come together in huge open worlds like The Sandbox and Decentraland, you can also play with custom rooms on platforms like Spatial. These apps are built specifically for events, conferences, and meetings. You can log in to Spatial with a Web 2 login like Google or with a Web 3 login like MetaMask. Spatial’s virtual worlds are separated into rooms; you can visit pre-built rooms or create your own. Spatial’s galleries support NFTs. You can navigate the world of Spatial on mobile, Steam, a browser, or via an Oculus VR headset.

Virtual reality is strong on one of Ball’s criteria for the metaverse: presence. Put on a VR headset, such as an HTC Vive, Valve Index or Meta (formerly Oculus) Quest, and launch into cyberspace. Meta (formerly Facebook) is building a social hub for its VR headsets, and Steam’s VR software comes pre-installed with a virtual home. Games like VR Chat are crypto pre-dated and allow you to enter rooms full of other people wearing VR headsets, dressed in any avatar they prefer.

Companies like MetaHub are creating virtual hangouts for conferences and corporate events, and Decentraland hosted its first music festival in 2021, though artists were doing it in Second Life long before it was cool. Going out is where the boundaries of the metaverse can begin to blur and the marketing spiel begins to unravel.

Is Zoom a key part of the metaverse because of its expertise in connecting workplaces and sparking a work-from-home revolution? Or is it, as Mark Zuckerberg mentioned in his Meta keynote, an unconvincing alternative to reality that replaces in-person interaction with rows of faces on screens?

Create a 3D avatar that looks like you… or not

Your avatar is an important part of your metaverse identity. For some, NFTs with profile pictures like CryptoPunks or bored bee Yacht Club are enough for Discord and Twitter, mostly text-based platforms where a 2D image is good enough. For 3D realms, apps like Ready Player Me offer composable digital identities that, he says, can be used in 1,330 apps and games, including Nike’s RTFKT, Somnium Space, and VR Chat. You could also buy an NFT sneaker from RTFKT or an avatar from its upcoming “Avatar project”, although it’s unclear which games will allow you to “wear” them.

In Somnium Space, an Ethereum-based virtual reality open world similar to Decentraland, you can import a Ready Player Me avatar created from nothing more than a selfie. Following Ball’s framework, this meets the interoperability criteria: the ability to take your digital assets with you regardless of the platform or app you’re using.

You could also invest in the fungible tokens offered by those games, which function as in-game currency. If you’re not sure which token to invest in, you can always invest in a metaverse index fund, such as the Metaverse Index (MVI) offered by Index Coop. The MVI rebalances its portfolio in accordance with the largest metaverse coins of the day.

If encryption isn’t your thing, you could invest in the capital of virtual reality and metaverse companies. Meta is a company that bets big on the future of virtual and augmented reality: an analyst at Seeking Alpha estimates that the company will have spent $70 billion on the concept between 2014 and 2023. Virtual reality and metaverse actions, as well as private investment, are also on the table. 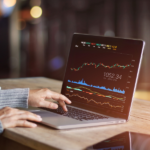 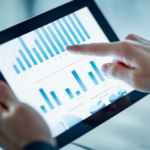