Following the collapse of the FTX exchange on November 9, 2022, the cryptocurrency market experienced a crisis. Bitcoin (BTC) lost 25% of its value in three days and the FTT fell by a staggering 90%. However, the crypto sphere has not only experienced a financial crisis but also a psychological one.

The loss of trust among many investors and the wider public has compensated for the mass adoption of cryptocurrencies for years.

The blockchain’s native token Chiliz (CHZ), which powers the largest token creation platform for sports fans Socios.com, increased by 11% in 24 hours. The best World Cup fan tokens for the national football teams of Portugal (POR) and Argentina (ARG), both major contenders to win the Cup, “will be the icing on the cake during the World Cup,” the research team of crypto exchange Huobi wrote in a report.

The Chiliz exchange is a crypto platform that allows users to buy and sell Fan Tokens issued by Socios.com. It is the world’s first crypto exchange that tokenizes sports and entertainment. This allows many enthusiasts and fans to sell, trade and buy Fan Tokens of the biggest stars in the entertainment and sports industry.

These fan tokens are paired with the platform’s native token, CHZ. The token scored highly on news with the ability to move around its own blockchain. This move, if successful, will significantly reduce the cost of the transaction on the network, while improving utility.

FIFA fans and cryptocurrency enthusiasts can use CHZ to purchase tokens from their favorite teams by accessing exclusive community experiences and products. For example, fans can meet their favorite sports heroes or even vote for the team. The Chiliz network has already accumulated about 120 partnerships with various sports teams, with the token available on many well-known crypto exchanges.

Chiliz is a currency option for blockchain-backed products and services geared toward traditional consumers. The team wants to improve everyday experiences: fan engagement in entertainment, alternative payment solutions for conventional products and more during the FIFA World Cup.

Algorand is a blockchain project that has become known primarily for its environmental friendliness and sustainability. In addition, blockchain is also an official partner of FIFA. Hailed as a “green” blockchain, the cryptocurrency has numerous international partnerships, including the World Football Association. World Cup projects include a FIFA portfolio and FIFA NFT.

This platform uses a two-tier blockchain infrastructure that combines the benefits of Tier 1 and Tier 2 blockchains. Its basic level also offers smart contract integration, asset production and atomic currency exchanges, which contribute to security and compatibility.

The inventors of Algorand (ALGO) claim that their cryptocurrency would outperform others due to its speed, efficiency, architecture, and governance. This platform claims to overcome the “blockchain trilemma” by combining the reliability, immutability, and complete decentralization of traditional cryptocurrencies with speed and security.

Instead of the
mining-based Proof-of-Work method used by Bitcoin and other cryptocurrencies, this platform validates and approves transactions using a modified version of the Proof-of-Stake consensus process, also known as Pure Proof-of-Stake. As a result, it requires substantially less processing resources and can settle transactions in seconds.

While the football
season began with the 2022 FIFA World Cup, fans of cryptocurrency investors are looking to own a piece of their favorite football teams through non-fungible tokens (NFTs).

According to a survey conducted by cryptocurrency exchange KuCoin on 20,180 cryptocurrency investors between January and September of 2022 and 8,022 users in KuCoin communities in November 2022, almost 48% of football fans want to trade fan tokens for sports teams. Four out of ten investors in France, Spain, Vietnam, Germany and Brazil identify as football fans. Around 35% of respondents have traded NFTs in the last 6 months, and of these, 42% are interested in sports NFTs.

Since the last major bull run in the cryptocurrency market, the sports industry has adopted cryptocurrencies and blockchain-based solutions with open arms. The love for cryptocurrencies in sports remains strong even as the global market goes through bear times.

However, it is necessary to maintain caution. Cryptocurrency scams are one of the biggest risks for anyone investing and gambling on the World Cup. Since tickets to this year’s event are only available in digital format, fraudsters have increasingly capitalized on the creation of fraudulent websites that offer them.

Do research well before investing in any digital asset. 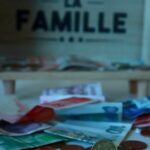 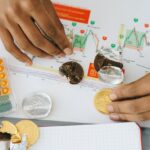