Tesla has announced plans for diversification into countries like India, which could prove to be a huge market for the automaker. The company has been in talks with the Indian administration and is expected to begin operations in the country by the second half of 2021.

The company also plans to expand the reach of its ever-famous Gigafactory for battery and vehicle production. With established Gigafactories in Nevada, New York and Shanghai, the expansion will lead to the development of similar factories in Berlin and Austin.

Tesla closes its Shanghai plant for a couple of weeks

Tesla electric car maker increases its cost per car in the U.S. 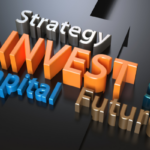