Telos is a blockchain that was built for speed and scalability and today sees over 100 projects built on its network. It was built with the intention of being the ideal network for mainstream adoption, and brands like Siemens, Microsoft, and Cisco use it for some real-world tasks.

Telos-based tokens, NFTs, and smart contracts are already being used for DeFi, gaming, social media apps, and more, and according to Telos, it’s the world’s most advanced smart contract network available today.

Seemingly few blockchains can match its capabilities, speed, and scalability; For example, the network claims to be able to perform over 10,000 transactions per second, while maintaining low power consumption unlike other blockchains.

TLOS is the native token of the Telos blockchain and, being at the heart of the network, powers different processes including transactions, dApps, staking, and so on.

Below we take a look at TLOS and review some details and forecasts to estimate a reasonable price for 2021, as well as for the coming years. It should be noted that while price forecasts are based on data and are often analyzed by AI, they should never be taken as financial advice or a solid basis for an investment, and neither should this article. Users are always advised to do their own research on the projects they wish to invest in.

Below is a tabular overview of how TLOS will develop in the short term (for the next 90 days), according to our forecast model:

TLOS is the native token of Telos and is a utility and governance token that performs many functions. As a governance token it is used to keep the Telos system decentralized, so TLOS holders can take part in the governance process through Telos Decide – the Telos governance engine. On the utility side of things, it is used for transactions, dApps, stakeout, financing, ownership, and more.

Their Twitter is very active, posting many times throughout the day and retweeting as well. Their tweets cover everything from news to updates, announcements, community events, and so on. However, every now and then, they retweet things related to the TLOS price, and these tweets include positive forecasts. This does not reflect well on the team and should inspire some caution when approaching the project so as not to get caught up in emotions and hype.

Their official Facebook group is as active as their Twitter, and likewise, visitors will find similar posts uploaded daily. As is the case with their Twitter, many posts related to TLOS pricing are also shared on this page.

They also have a YouTube channel on which they are not active or consistent like their other platforms. Here viewers can find mostly past livestreams, with occasional miscellaneous content.

Finally, they have a blog section on their website where they publish their articles and a means for the same purposes and an FAQ page where users can view frequently asked questions and ask questions of their own.

The brand image of the project uses simplistic art, with comfortable designs and colors. Their tone of voice is modern and friendly, and while they talk about their progress, the tendency to not only tolerate, but share posts related to token price is something that should raise an eyebrow.

Their social media following is quite small; Twitter, for example, currently has almost 11,000 followers, about 2,000 users are part of the Facebook group, and about 1,700 are subscribed to their YouTube channel.

Their subreddit, r/Telos, hosts nearly 1,500 users and sees about one post per day. It is not very active and most posts do not see beyond a few comments. Their Telegram on the other hand has about 6,000 members.

Overall the community
is still quite small, which explains the lack of activity that many other projects see, but it could potentially grow if Telos achieves something that catches the attention of the crypto community.

There are currently about 7 exchanges listing TLOS and a couple of well-known and reputable wallets that support it.

Our forecast model predicts a temporary shift to a bear market in early 2022 before moving to another lead in Q3 and Q4 of 2022.

Where and how to buy TLOS

Where to buy TLOS

There are about 7 exchanges that support TLOS, specifically KuCoin and PancakeSwap, as well as other DEX (decentralized exchanges) such as Uniswap. Users can also purchase TLOS directly through Telos.net after registering an account.

How to buy TLOS

The process of buying cryptocurrencies may differ from one exchange to another, but here are solid guidelines on how to buy TLOS:

Already have an account on an exchange that supports TLOS?

Note: When buying or exchanging tokens, some exchanges may have minimum amounts. In addition, most exchanges issue variable fees for purchases and swaps. These details vary from platform to platform.

Telos focuses on real-world use and adoption, and in order to make it the ideal platform to build on, they built a blockchain with performance in mind. From speed to application to scalability, low tariffs, decentralization, security and energy efficiency, it seems that this particular path is the most optimal to achieve their ultimate goal.

Price predictors like the ones mentioned above predict all growth, with a minimum of 25% in one year and over 100% after several years. Whether or not these growths will take place will depend on the mainstream adoption rate of blockchain technology, and it should be taken into account that they are not the only project to offer a high-performance decentralized network designed precisely for this purpose. Finally, the posts shared by the team on social media regarding the increase in the price of their token should suggest some level of consideration and care. It is not necessarily an illicit act, but the focus of a team should always be on the project; Sharing such posts conveys messages to people’s emotional and irrational side, and intentionally or not, it could cause people to make decisions they wouldn’t have made otherwise. 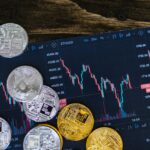 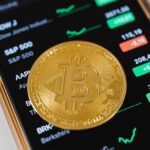