The Synthetix platform is wrapping indices in a token on the Ethereum protocol that’s just like a stock on a blockchain, to make a long story short. A “synth” is the index in question. Its value is supported by SNX tokens. SNX tokens are minted when a user, called a staker, puts down collateral using Mintr, an application for interacting with SNX contracts. However, when an SNX staker creates a synthetic token, it also creates “debt” with it.

To get out of their position, the staker must repay her by burning Synth. So, for example, if you put 10 USD as collateral, you have 10 sUSD (synthetic USD). To get out of your position, you need to “burn” 10 sUSD in exchange. As markets fluctuate, the debt held by a staker will also fluctuate, up or down depending on the state of the market.

At the time of writing, Synthetix is being tested with the Ethereum network to allow users to point their ETH tokens as collateral. This means that stakers can borrow SNX tokens based on the amount of ETH tokens they “bet”, so to speak. Without having to sell their ETH tokens. Instead, an ETH staker would create sETH (synthetic Ethereum). The downside is that sETH stakers don’t collect commissions or rewards on their sETH, but the upside is that they don’t take any risks. On the flip side, sUSD stakers can participate in what developers call “common debt,” but it obviously carries the risks of debt.

What Synthetix is at stake

Let’s examine how minted tokens are used. The advantage of synthetic assets is that it allows asset class holders to interact with other assets that they would otherwise not have access to. This means that an oil share holder can exchange their oil position for a Bitcoin position, for example. Or a Bitcoin holder can exchange their position for Silver.

Synth stakers have an incentive to set stakes and mint SNX in some ways. Every trade you make with SNX generates a commission. This fee is then added to a pool where the stakers claim their share on a weekly basis. These fees are displayed on all trades, so you’re never unaware of your contribution. In addition, Synthetix has an inflationary money supply. Over the course of 4 years between 2019 and 2023, SNX’s supply will increase from the base of 100,000,000 to over 200,000,000, accompanied by a fixed decay rate until September 2023, where this rate will change to a “permanent” annual rate of 2.5%. This offer is distributed to stakers provided they meet the target warranty ratios.

The Synthetix platform acts as a kind of financial Rosetta Stone, allowing stakers to translate one position into another. The intent of this according to the developers is to solve the friction and liquidity problems found on other exchanges. Exchange rates between assets are determined by an oracle. Oracle-based financial calculations involve a number of risks of their own. The oracle is not a person in the case of Synthetix, it is an algorithm that determines the exchange value. This requires trust in the oracle from the very beginning. This algorithm is maintained by Chainlink’s node operators. Synthetix developers are intent on keeping all Oracle data from independent node operators as the platform grows.

The most obvious scam here is trust in the oracle. If you’re investing a great deal of capital in this, there’s a lot of confidence to place on what is essentially the arbiter of market truth. I am reminded of the old proverb “trust but verify”. The difference between the Synthetix oracle and traditional oracle is the decentralized nature of its maintenance.

Now that the oracle is not centralized, it is possible to manipulate its operation. I don’t think it’s surprising to find that the community can update or rework the oracle in case its ability to measure price starts to fail or otherwise becomes a bad measurement system. A further problem with this, however, would be community consensus on its alteration. It certainly presents a unique set of challenges.

The pros here, however, are very interesting and potentially huge. Synthetix is one of the most complex protocols built with Ethereum. DeFi indices offer stakers an escape and alternative to traditional exchanges. In my opinion, Synthetix as it currently stands is a proof of concept that you can actually run an alternative financial system versus the current one dominated by Wall Street cronies. On Wall Street you are playing into the hands of someone else who has spent a lot of time and money to legislate on their behalf. But as it stands, Synthetix is for everyone.

Synthetix is truly unique and the closest thing we currently have to it is asset-backed tokens. PAX gold comes to mind, as it is a gold-backed cryptocurrency. 1 PAX token equals one ounce of fine troy gold. A return to the gold standard of the old school. While there are paper stocks for gold, you have to buy them from a middleman who, even if there were no fees, is now just inconvenient. Now you can acquire tokens from the comfort of your smartphone. At the moment I think this depends on preference and trust. Would you prefer a machine to assist you in finance or a person?

There are many other asset-backed tokens out there. Including, but not limited to, intellectual property, real estate and raw materials. One use case would be for energy types. Which would allow a company that needs energy, and we say an individual with solar panels on their property to trade tokens as equals. Asset-backed tokens are promising in their own way, but Synthetix is a bit more unique since it is a “security” represented in the form of tokens, and the value of that share is determined by the judgment of an oracle of an index.

There’s really not much difference between an asset-backed token and a security, it’s simply cutting out financial intermediaries who have been adding additional fees on financial management for generations. Blockchains simply automate this. In this regard, Synthetix is a step towards the blockchain-ificaton of finance, and not exactly small. I don’t think it would be surprising to see more projects like Synthetix make the field of finance more efficient and accessible by eliminating the wasteful fees of human management and its gatekeeping power structure in favor of highly accessible and automated ones. 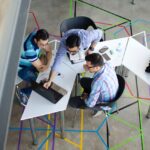 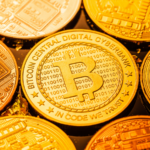