When the SHIB team announced the Shiba Inu Game in November 2021, it overwhelmed owners in a wave of excitement.

Joining many other new NFT games to be launched in the future, the Shiba Inu Game will further expand the Shiba Inu ecosystem, joining the likes of Shiba Inu Metaverse and Shiboshi NFT.

Since the announcement, we have received streams of information about the SHIB game, officially called SHIB Collectable Card Game.

We’ve gathered all the information we know, so read on to find out everything you need about SHIB games.

What Is Shiba Inu Games?

The Shiba Inu Game is actually two games, divided into a classic mobile game and an NFT game that will make use of the NFT Shiboshi.

Developed by Playside Studios and William Volk, the mobile game is designed to engage more casual players. It will present in-app purchases. The blockchain version of the game will add further value to Shiboshi NFT and include play-to-earn elements.

According to shytoshi Kusama, head of the SHIB project, the narrative of the Shiba Inu Game will also extend across the entire SHIB ecosystem.

However, we’re still not entirely sure what the other gameplay differences are between the games. Most of the information that comes out about the games does not distinguish between the two. Therefore, the following information may refer to mobile gaming, play-to-earn play, or both.

We haven’t seen any gameplay from Shiba Inu Games yet, but developer William Volk assured listeners of the February AMA that it wouldn’t be a simple clone of other card games.

The Shiba Inu Game will be a multiplayer trading card game, with 1000 cards inspired by SHIB. As Shytoshi tweeted, these will include a special card based on SHIB founder Ryoshi. The cards are expected to refer more to the Shiba ecosystem.

In the drawings for a Pizza Shiboshi seen from Planet Crypto, the designs of these cards, which are not a finished product, will give each card a statistic of attack and defense, along with a unique ability. The card sets will be gradually revealed over the course of 2022.

Shiba Discord moderator Queenie said in the latest AMA that the cards “pay homage to iconic games from the past and stand with our meme heritage.”

Shytoshi also revealed a set of SHIB trading cards to be included in the game, based on the Bonk Shiba Inu meme.

According to Shytoshi, players don’t need a Shiboshi NFT to get involved. “You won’t need an NFT to play,” he said. “It will be more flexible to have a card as well.”

We will keep this section updated when more information about the specific features and gameplay comes out.

According to PlaySide Studios, the Shiba Inu Game will launch in Q1 FY23. Based on the Australian fiscal year, this means that we could expect the SHIB game to launch between July and September 2022.

PlaySide also said it will work on the Shiba Inu Game “during the 8-month period of the deal.” If this started in December, it could suggest that a July 2022 release date is the most likely date.

Shytoshi Kusama has since added that the game is “still on schedule,” meaning we shouldn’t expect delays. In february’s AMA, Queenie said the game will be released in Q4 2022 or earlier. This corresponds to Shytoshi Kusama’s post on Discord, where he said they are “hoping for Q4.”

With the likes of Bricks Buster burning millions of SHIBs every month through ad revenue, ShibArmy members hope that the next SHIB game will include some burn mechanics.

However, no official burning mechanism has yet been announced for the game. In fact, Shytoshi said that every upcoming SHIB project will include some form of burning support, aside from the game.

We’re not exactly sure what the reason for the lack of burns related to SHIB games is, but hopefully more information will come out soon. 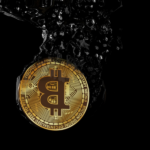 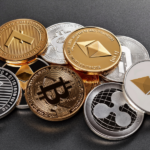