In this guide, we will express our opinion and that of the market on the future RDD as we discuss Reddcoin’s price forecasts for 2023 and beyond.

Keep in mind that you should take this and any other forecast with a grain of salt since predicting anything is a thankless task, let alone predicting the future of a new highly volatile financial asset like Reddcoin.

Before delving into Reddcoin’s price prediction and answering questions about whether RDD is a good investment or not, why RDD will succeed or fail, or why the price of Reddcoin will rise or fall, let’s quickly take a look at what RDD is and its history to date.

ReddCoin is a “social currency” that gives holders the ability to reward content creators on social media platforms like Twitter and Reddit with RDD coins. Volunteer developers are reportedly targeting other high-profile social media sites, including Facebook. It boasts features like linking a Redd ID to other social networks, sending one-click suggestions through the Google Play Store, and more.

However, this project does not want to create its own social network but rather wants to integrate into existing platforms such as Facebook, YouTube, Instagram etc. Basically, with ReddCoin people can, instead of liking someone’s post, hand them their daily dose of dopamine by tipping them with cryptocurrency. This will satisfy the need for attention of the network user, as well as pay him for the quality content provided.

The project has several identifying characteristics. The Proof of Stake Velocity is a unique concept they have developed; represents an algorithm similar to NEM that evaluates the “speed” or usage of tokens, thus giving the people who contribute the most by being active with their RDD the rights to govern the network. The native token of the network has the ticker RDD and is classified as a utility token, which absolves it of any threat of being called security. The currency has its own blockchain and wallet called ReddCoin Core.

Below is a tabular overview of how RDD will develop in the short term (for the next 90 days), according to our forecast model:

Very low probability, almost nothing of this happening.

The Pareto distribution is a pervasive phenomenon observed in nature and describes the 80/20 rule in which 80% of women have sex with 20% of men. 80% of the wealth belongs to 20% of the population. 80% of your results come from 20% of your activities. At least 80% of altcoins will fail and RDD seems to be in that group.

How much will ReddCoin be worth in 2030?

How much will ReddCoin be worth in 2040?

No, ReddCoin will not replace or exceed BTC.

No, our prediction model sees no chance for ReddCoin to reach $0.10 in the short or medium term.

No, our forecasting model sees no chance for ReddCoin to reach $1 in the short or medium term.

How high will ReddCoin go?

Our prediction model sees the price of ReddCoin plummet and fall to almost 0 in the distant future.

Is ReddCoin worth buying?

We don’t see a bright future for ReddCoin. It is worth buying only as a short-term speculation with a good exit strategy. ReddCoin is not a good long-term hold.

Is ReddCoin a good investment?

ReddCoin is not a good investment in our opinion. Because? Well, it faces fierce competition from other similar crypto projects, it doesn’t stand out for its technology and innovation, it doesn’t have a real community (not counting speculators and the hype-chasing crowd), and the team behind the project isn’t proven.

Can ReddCoin make you a millionaire?

No, ReddCoin cannot make you a millionaire as we don’t see it making a 10x price increase anytime in the future.

How much will ReddCoin be worth?

Why will ReddCoin succeed and go up in price?

ReddCoin has a small chance of success. He has no first-time advantage, he doesn’t bring any unique value proposition, he has a weak team and a small community behind him. All this summarized prevents ReddCoin from succeeding and increasing the price in the long term.

What is the short-term forecast for ReddCoin? 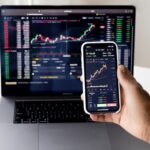