Non-fungible tokens (NFTs) have become increasingly popular over the past year. The growing popularity of NFTs has been adopted by some of the most luxurious brands globally, including Balenciaga, Balmain and Gucci.

Prada is joining these companies and moving into the world of NFT. Prada is planning to release its own NFT collection that will compete with those already released.

Prada has announced that it will release 100 Ethereum NFT that will be unveiled along with the launch of Timecapsule clothing.

NFTs have become very popular in different industries because these assets are a sign of ownership of an asset.

The NFTs will reflect the serial number of the NFT drop and include a number linked to each physical shirt. The Hirst family has become very popular among NFTs, as in July last year it launched “The Currency” NFT coined in July 2021, with a minimum price of 5.2 Ether (ETH).

The Prada NFT drop will give shoppers access to digital and physical assets. The recent drop in NFT was released via the Aura Blockchain Consortium. Aura is a non-profit organization created by Cartier, LVMH and Prada. The consortium uses Quorum to offer blockchain-as-a-service and a wide range of other blockchain products.

Prada first unveiled the Timecapsule drop in 2019 to release limited collections. Buyers of previous Timecapsule drops will be eligible for these NFT to be released later.

This isn’t the first time Prada has ventured into NFTs. Previously, the company had partnered with Adidas to release the “Adidas for Prada re-source”.” The collection was released in January on the Polygon network.

Prada’s latest move to NFT shows that the brand has paid a lot of attention to its physical collection. NFTs are just a free bonus for customers. NFTs are controversial, but they have acquired a new use case for luxury brands that use them to authenticate their products using blockchain technology. 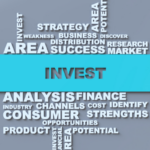 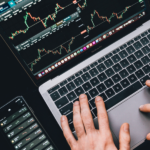