Polygon is a decentralized, solution-based blockchain. It is a layer 2 blockchain network that instead of competing with Ethereum works parallel to Ethereum and provides solutions to the problems faced on the Ethereum blockchain.

MATIC is Polygon’s native token and was introduced in 2017. Polygon (MATIC) is based on a Proof of Stake consensus process, so there is less energy consumption. Polygon in its official platform has established itself as a zero-emission blockchain platform.

Polygon (MATIC) offers users a variety of features, making it an attractive option for users looking to invest in the world of cryptocurrencies. The polygonal blockchain can be used in the development of DeFi, Metaverse, NFT and other blockchain dApps.

When it comes to blockchain security, Polygon provides Security as a Service through Ethereum’s blockchain or through Polygon’s pool of professional validators.

Apart from this, Polygon also helps mint NFT and stake with the help of its native token Matic.

Polygon has a problem, the
adoption problem, and the reason behind this is that, despite being an attractive blockchain, Polygon has failed to build consumer connections like other blockchains. Polygonal networks can also be used to develop custom blockchains. However, many projects have been built on the Polygon blockchain. Some of these projects are:

The polygonal blockchain enables NFT trading. Due to its lower transaction cost, it becomes attractive to NFT developers. One of the largest NFT Opensea platforms uses the Polygon blockchain. Other than that, the other NFT platform running on Polygon is Aavegotchi.

The Polygon
blockchain is gradually becoming popular in the Defi industry as well, and in this area Polygon mainly focuses on allowing merchants to assess the credit ratings of users subscribed to using the platform.

Some of the Defi apps that use Polygon are Compound, Aave, etc.

Polygon has also ventured into the field of gaming with its own platform called Polygon Studios. A polygon with this division helps in the transition of the game from Web 2.0 to Web 3.0.

Polygon Network is also used in the field of digital payments. Some of the payment apps that use the Polygon blockchain are atomic swap, jelly swap, etc.

How is Polygon different from others?

Polygon is a Layer-2 blockchain built on Ethereum that is a Layer-1 blockchain. It stands out from Ethereum due to its increased speed and reduced costs. Polygon is not only competitive in itself, but also reduces the burden on Ethereum to become faster or cheaper.

The polygonal network is well funded. It recently raised fresh capital this year which gives founders the flexibility to build Polygon into a profitable blockchain that pushes demand for Matic Tokens even higher.

Polygon is faster and has a processing capacity of 7,000 transactions per second. In addition, Polygon is cheaper and the gas rates charged are only a fraction of those charged by Ethereum.

Polygon (MATIC) offers features such as low transaction fees, high scalability, and the ability to offer a wide range of services to users.

Who are Polygon’s competitors? 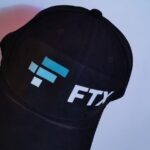 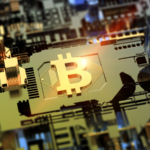