If narratives run these crypto investment cycles, then several narratives have dominated this bull run. Think metaverse tokens, dog coins and alt-L1 solutions like Solana and Avalanche. But the narrative that remains strong in decentralised finance (DeFi) is all about Layer 2 solutions, with Polygon leading the pack.

First, let’s clarify what “Layer 2” means. For a Layer 1 blockchain, we can think of Ethereum as a Windows-like operating system, on top of which developers can build decentralised applications (DApps).

The problem is that Ethereum can become slow and expensive. This is because its consensus mechanism for securing the blockchain is based on an auction model. Users bid against each other to have their transactions included in the next block. This is why, once the network becomes too congested, fees skyrocket.

Chances are you’ve heard of other layer 2 scaling solutions, such as Arbitrum and StarkWare (zk-STARKs). So what makes Polygon stand out from the rest of the mainstream scaling and infrastructure development solutions? Sure, it has a first mover advantage, but so what?

Well, Polygon is the only L2 solution with a true native token, to date (i.e. MATIC). And why does that matter? Because you can bet it to help secure the network, while enjoying incredible rewards and low fees, plus being eligible for possible airdrops in the future.

Oh, and this means that some of these DApps are available on Ethereum, as well as other chains. That they appear on Polygon with negligible gas rates and insane speeds is why we chose to include them here.

JELLYSWAP
JellySwap is a decentralised atomic interchain exchange service. If that sounds like a mouthful, that’s because it is, but we can easily break it down. Look, if you want to exchange your ETH for BTC, because they live on two separate chains, this is cumbersome. So you may have to rely on a third party, such as a centralised exchange (CEX), to access the crypto market.

So think of JellySwap as a DApp that allows you to exchange your crypto assets across different Layer 1 chains, such as between AVAX (on Avalanche) and AAVE (on Ethereum). Oh, and did I mention you can do this almost instantly and for pennies?

QUICKSWAP
Quickswap is a fork of Uniswap, the first and arguably the most popular decentralised exchange (DEX) in existence. Because Polygon is compatible with Ethereum Virtual Machine (EVM), Quickswap users can enjoy the security offered by Uniswap auditing.

So why use Quickswap over Uniswap? Quickswap features an ERC-20 token bridge. The bridge allows you to quickly connect your tokens to the Polygon network. That way, you can enjoy the low transaction fees and “fast” exchanges that only a Layer 2 solution like Polygon can offer.

Like other DEXs, QuickSwap uses an Automated Market Maker (AMM) model, so it is based on liquidity pools. As with Uniswap, QuickSwap users can create their liquidity pairs and start earning once they provide liquidity. QUICK is QuickSwap’s native governance token.

OPACITY
Opacity (OPCT) is a file storage service, but with a key difference: privacy through decentralisation. You self-custody your data, and only you can access your files through an encrypted “identifier”, which works like a private key. This means that not even Opacity can access your data. But you can share any file with a friend at the click of a button.

When you think about it, sure, Polygon facilitates decentralised file storage on Ethereum. But that would be a limited view of Polygon’s potential. Ethereum is a network that can become congested to the point that leaving Opacity at Layer 1 would severely limit its use and ability to scale. And this applies to all projects that require fast transactions. Thank you Polygon!

MAI FINANCE
Ever wanted to borrow money and pay it back, minus interest? Mai Finance is the first native stablecoin protocol on Polygon, and it does just that. You deposit your crypto assets into a vault. Then you borrow against it in Mai stablecoins, and all you have to do is pay a fee!

So, if you have 10 BTC and you believe in its long-term value, then you can borrow against it. And now, you have 10 BTC equivalent in MAI terms as liquid capital, without having to sell any of your BTC. (Interest-free loans without the fine print? Where do I sign up?)

IMPERMAX
Impermax is a decentralised protocol that allows for the indirect provision of liquidity. In doing so, it eliminates any risk of impermanent loss. It’s actually quite brilliant. What is actually happening is that you are lending your tokens to actual liquidity providers. This party borrows the tokens for liquidity mining by using real liquidity pools. In other words, the more risk-tolerant party assumes all the risk of impermanent loss… but both parties engage in a mutually profitable arrangement.

GTRADE
Gains Network is an ambitious team aiming to launch the best DeFi trading suite ever. The first product in their arsenal, gTrade is a decentralised leveraged trading platform. Leveraged trading is when you only have to put up a small amount of capital to get a ton of exposure on an asset. This means that to command a $50,000 market position for ETH, with a leverage of 100 to 1, you would only need $500 in ETH to get started.

gTrade offers users leverage of up to 150x on cryptoassets, and up to 1000x on forex. (Crazy.) Because of its architecture, it claims to be at least 100x more capital efficient compared to competitors. That’s the icing on the cake. And the fact that it trades on Polygon? That’s the icing on the sun. (Or the sundae in a bowl of cherries, if that’s what you like).

AUGUR
Originally built on Ethereum, Augur is the first ever decentralised prediction market. This is by no means a small feat. Traditionally, prediction markets had to be centralised. We had to guard our assets and rely on a central authority to act as an honest actor (haha), and not run away with our funds.

Augur, at Polygon, is literally turbocharged. (“Augur Turbo”. It’s in the name). See, in Ethereum, Augur worked by incentivising “reporters” to report off-chain data accurately. They were rewarded for doing so until consensus was achieved, thus confirming an off-chain event.

Now, almost anyone can create super-fast, super-cheap prediction markets. And with the Chainlink integration? The oracle allows off-chain data to be fed into the chain in a secure, accurate and timely manner. (Talk about composability).

IDEX
IDEX is the first hybrid DEX in existence. As a hybrid solution, IDEX operates based on both an AMM model and an order book model, the latter being a core element of CEX. It adopted this hybrid model because the team wanted to circumvent all the shortcomings of a DEX. (These shortcomings include slippage, failed trades and front running). ) Meanwhile, they also wanted to offer users a seamless experience similar to those provided by CEXs.

But using an order book model means that data must be up to date and trades must occur in near real time (NRT). Polygon can do that, and can ensure that all trades remain as economical as possible.

AAVEGOTCHI
If you’re old enough to remember the Tamagotchi, Aavegotchi is basically a non-fungible token (NFT; also known as an ERC-721 token standard) version of this amazing piece of nostalgia … but it’s even better. That’s because the creators of Aavegotchi have gamified it by incorporating elements of DeFi, so you can win as you play.

Like all good things in life, you have to expect a Haunt. A Haunt will allow you to get your hands on portals and mint some Aavegotchis. The alternative is to pick one up in a secondary market, but that’s not as much fun. Opening a portal reveals 10 Aavegotchis, only 1 of which you can select, so choose wisely. (The other 9 burn forever).

Launched in Polygon, Aavegotchi has one of the most active Decentralised Autonomous Organisations (DAO) in existence. (Shocking, I know). It runs through GHST, its governance token.

DECENTRAL GAMES
If you really like casinos and cards like yours, then you’ll love the Play 2 Earn mechanic from Decentral Games (DG). ICE Poker is the first and only game that is currently available, but it is literally free 2 play 2 earn. (F2P2E? I couldn’t resist). All you need to play is to buy an NFT handheld device, and you get a seat at the table.

Can’t afford yours? Not a problem. A la Axie Infinity, you can borrow an NFT wearable from a lender through DG DAO’s Discord. Each wearable device you have adds to the amount of chips you will receive each day. (These chips are what you play with to earn and win ICE tokens).

You can also participate in the governance voting by getting your hands on some DG tokens. (Psst! These can also be gambled away). 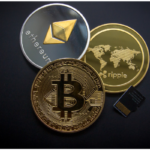 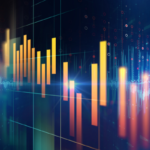