No-KYC Crypto Mastercard, Edge has launched a leading self-custody crypto card that does not require Know Your Customer (KYC) verification. Advertised as Bitcoins First Private Card, Edge Mastercard users would be able to spend their cryptocurrencies on more than 10 million merchants in the United States who are on Mastercard’s open-loop network.

According to sources, the Edge Mastercard complies with anti-money laundering and counterterrorism regulations and has a daily limit of $1,000.

Since no KYC details are required for verification and no address is associated with the card, users can enter any name under the billing address while shopping online, according to the press release. The card uses the technology of a fintech startup called Ionia and also connects with mobile payment services Apple Pay, Samsung Pay or Google Pay. Commenting on the recent development Paul Puey, co-founder of Edge, said that without compromising any personal information and without the usual fees or delays to top up your card, the Edge Mastercard is really a breakthrough for using encryption for daily payments.

Edge relies on confidentiality and the free feature to attract cryptocurrency enthusiasts to try the new card. Edge claims to use official spot exchange rates provided by companies, including Coinmarketcap, a renowned price tracking website for digital assets, with no margin on exchange rates.

Edge is a San Diego-based company founded in 2014 that claims to work to enable users around the world to interact with the crypto economy by making self-custody more accessible. The digital asset exchange company has an impressive 1.7 million accounts in 179 countries on its self-custody cryptocurrency trading platform. 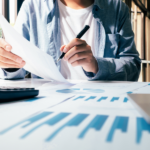 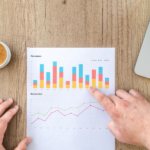