From its humble beginnings as a DVD-by-mail service, Netflix has grown into a giant in the global video streaming services space. Netflix realised the potential of streaming video early and moved to a subscription-based model, with its revenues growing exponentially since the transition, skyrocketing from $1.36 billion to around $25 billion in just over a decade.

On the subscription side, growth has followed a similar trajectory, reaching around 214 million by 2021.

Netflix shares had risen to an all-time high on 1 October, pushing to nearly $700, but have since fallen nearly 50%. Let’s understand whether NFLX stock is a good buy in 2022.

While Netflix’s share price has fallen considerably from its heady highs towards the end of 2021, short-term dips are often seen as excellent opportunities to buy, especially if the company is well established in the market and has significant potential for the future, which Netflix has in abundance. Netflix has a considerable advantage over other streaming platforms, and that alone is reason enough to buy NFLX.

Netflix also has a first mover advantage, has been able to spend aggressively on content and has an excellent execution strategy. Netflix also has considerable market presence and visibility and is generally the first streaming service that people would choose to buy, managing to stay ahead of its competition, making NFLX an attractive option for investors.

THERE IS ROOM FOR GROWTH
A falling share price but a growing user base is reason enough to invest in NFLX.

The numbers don’t lie, and while reports of a slowdown in subscriptions have spooked investors, a closer look reveals that all is far from lost. In the third quarter of 2021, Netflix managed to add 4.4 million new subscribers. This was considerably higher than the projected 3.5 million subscribers it expected to add. In contrast, Q4 saw a marginal drop, with 8.3 million new subscribers versus the 8.5 million expected. The slowdown rattled investors, resulting in a considerable drop in the share price. However, looking at the big picture, the 8.3 million new subscribers take subscriptions to over 221 million, representing an 8.9% increase, year over year, with year over year revenues also up over 16%. The numbers show that NFLX stock is a good buy if you are looking for a long-term investment.

AN ATTRACTIVE VALUATION
Netflix is seeing its revenue grow quite rapidly, positively impacting the share price.

Netflix’s share price saw a considerable drop following the announcement of its earnings report. As Netflix continues to grow, we can expect to see slower but consistent growth. The platform still has a great opportunity to grow internationally. Netflix ended 2021 with negative free cash flow of $154 million and is expected to produce positive free cash flow in 2022, indicating that the company has reached a solid financial footing. Remember, Netflix still has a large addressable market, meaning it retains the potential to accelerate its subscriber growth again, making NFLX stock a great buy in 2022.

IS NFLX STOCK OVERVALUED?
While the stock hit highs in 2021, recent valuations could represent a buying opportunity.

Netflix performed quite well in the market in 2021, far outperforming its peers and seeing cumulative growth of around 16%. Competing stocks saw much worse performances. While the start of 2022 has seen the share price fall away from its peak, there is room for the price to recover and move higher. This upside potential is another factor boosting NFLX’s investment quotient.

IS NFLX A GOOD BUY?
Based on Netflix’s price prediction and technical analysis, it is clear that the stock will outperform over the long term. Successful execution of the business will undoubtedly result in an overall increase in Netflix’s value.

NFLX can potentially recover in 2022, and the company is expected to produce positive free cash flow this year. The platform is also looking to break into previously untapped markets. CNN Business has stated that the consensus rating among 46 analysts is that NFLX stock is a good buy, and the price is expected to rise to around $550 sometime in the second quarter of 2022. 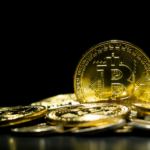 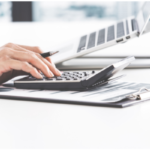