Metaverse – a virtual universe where people can shop, play, buy and trade currencies and items and more.

Cryptocurrencies are the common payment method in this virtual universe and this, of course, is where the terms “metaverse coins”, “metaverse tokens” and “crypto metaverse” originated. Within each environment, each metaverse project uses its native tokens for transactions.

For example, the Metaverse Decentraland project has its own cryptocurrency called MANA, and users will need MANA in their crypto wallets to trade on the platform.

Here are the top 10 metaverse coins you should consider investing in to take advantage of this growth. These coins have all shown potential and have been around for a while, so better keep an eye on them!

The best Metaverse coins to invest in 2022!

Decentraland is a blockchain-based virtual reality platform that is part of the Ethereum network. The native token, MANA, which powers the ecosystem in decentralization, has a total supply of nearly $2.2 billion. At the moment, there are 1.84 billion MANA tokens in circulation.

Players, producers and companies looking to profit from the opportunities of the metaverse are buying land on Decentraland.

On the surface, it looks like a typical game. You can buy property on this platform by purchasing plots of LAND. You can develop the plot by building whatever you want on it and then monetizing the same.

The MANA token experienced a noticeable price increase in the last quarter of 2021, however, the value is now fairly stable, showing relatively less volatility during the first quarter of 2022.

The Sandbox is a virtual reality environment where players can develop, own and profit from their gaming experiences using SAND coins. Players can use Game Maker to integrate the non-fungible tokens (NFT) they have created into games on the market.

It gives its creators complete control of their NFTs and compensates them for their participation in the ecosystem through transaction fees, picketing or buying and selling in-game items.

There are currently 1.15 billion SANDS in circulation with a maximum total supply of 3B.

Enjin is a metaverse-style gaming platform where you can “mint” local ENJ tokens, which you can then exchange for resources that will help you advance in the game.

Its native token is ENJ, an ERC-20 token that runs on the Ethereum network. It is intended to be a gaming cryptocurrency for trading gaming assets on its market.

At the end of 2021, Enjin announced that it plans to raise $100 million for its Metaverse project, and since it went public public in 2017, this Metaverse coin has enjoyed an incredible price increase.

With a total of 1 billion tokens on offer, 872 million ENJ tokens are in circulation. Early investors paid only $0.017 per token, and despite such volatility in its price – the token itself is valued at $1.83 USD today – having more than they invested.

Axie Infinity is one of the metaverse projects that generate revenue. It’s an NFT animal game, much like Pokemon, that has attracted a lot of attention in the crypto community for its adorable creatures called Axies – sold as NFT.

Axie infinity brought the concept of play-to-earn to life, and many gave up their full-time jobs in search of this opportunity. Users can collect AXS, the native token called Axie, by playing the game and can convert them for ETH to purchase NFT on the Axie Marketplace.

With steady growth during the first quarter of 2022 and having reached an all-time high of $160 USD in November 2021, there is hope for AXS to grow in value if it continues to grow on similar models starting last year.

Users collect pixelated ghosts like NFT called Aavegotchis and earn rewards by playing, improving their spirits, and building a kinship score with their virtual pets.

To start trading on this metaverse project, you will need to buy an Aavegotchi on gotchi Bazaar. This initial investment may discourage you, but you can always resell Aavegotchi on the market or if you can develop a higher degree of kinship with Aavegotchi and increase its scarcity, you may even profit from it!

The main utility resource on the platform is GHST, an ERC-20 token that lives on the Ethereum blockchain. The main utility of GHST is to buy Aavegotchis on the market. In addition, GHST holders can participate in the Aavegotchi DAO.

The main utility resource of the platform is GHST, an ERC-20 token. The main purpose of GHST is to buy Aavegotchis from Gotchi Bazar – its exclusive market.

The sharp increase in value in the last quarter of 2021 triggered steady growth for GHST to thrive in this competitive market, valued at $2.06 USD per token.

SushiSwap is primarily a decentralized exchange where users can buy and sell cryptocurrencies, with a market cap of $500 million

However, SushiSwap has developed its business concept by establishing an NFT market alongside the Metaverse. This will not only immerse consumers in the NFT trading experience, but also allow buyers and sellers to exchange goods in a decentralized manner.

Its native token is called SUSHI and is currently valued at $4 USD per token.

Their most recent metaverse project makes it an investment worth keeping an eye on to get in early since they already have 51% of the total supply in circulation.

However, the volatility is still there and you may want to be careful when investing in highly volatile projects.

Illuvium is an open-world gaming platform, a metaverse project based on an RPG (role-playing game) framework. Players in a fully immersive environment are assigned the task of hunting animals, referred to as Illuvials.

The cognitive capabilities (artificial intelligence) of Illuvium’s gaming platform are what sets it apart from other metaverse projects. Rather than being limited to certain areas, players can explore the entire game world or developers could create their own games on this platform.

Its native token is known as GALA which offers utilities for network governance, incentives for node operators, and in-game rewards for players. It can also be used as in-game currency to purchase NFT and resources from their exclusive marketplace, the Gala Store.

The chart below shows a spike and decline, but overall the current trading volume indicates that GALA is on a slow and steady upward path. Its value has improved significantly in the last year since its launch in 2020 and is expected to grow only as traffic on the platform increases.

Wilder World is the right opportunity to look into if you’re looking for a small-cap metaverse project. The project, which claims to be a “Metaverse 5D created on Ethereum,” allows users/players to acquire and create custom in-game objects. This covers everything from land to apartment buildings, statues, and other features that are traded as NFT on the platform.

Its native token is an ERC 20 token known as WILD, valued at $1.53 per token. Currently, this Metaverse cryptocurrency has a market cap of less than $150 million, indicating that it may be one of the best cryptocurrencies to invest in for big gains.

Before many to come, StarAtlas is a metaverse gaming platform powered by Solana. It focuses on developing the greatest possible AAA gameplay and has been extremely popular with gamers since its launch.

StarAtlas has a two-token system, which allows you to point tokens. Its users/players can explore numerous environments and engage in battles, which can help them acquire unique in-game items by establishing alliances and forming bonds.

The native ATLAS token can be used to purchase such in-game resources.

With the project still in its early stages, this is an excellent opportunity to invest and profit from being an early investor.

These are just a few of the many exciting metaverse projects you can invest in. However, these projects are highly volatile and quite unpredictable especially during the early stages. The best you can do is do your research, make an educated guess, and trust your instincts.

Remember to never put all your eggs in one basket. Invest a minimum amount of what you can afford to lose that can amount to 1% to 5% of your investment portfolio. 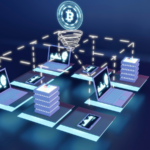