When are Liverpool most likely to
score a goal? Liverpool are likely to take the lead by scoring in the first 15 minutes. It is expected that they will extend the advantage in the second half.

When are West Ham most likely to score a goal? It won’t be easy for West Ham to score against the Reds in their next game. They might have a chance at the end of the second half.

Who is most likely to score for West Ham? Michail Antonio has a better chance of scoring than other West Ham players.

Who has a chance of winning the game? Liverpool 2, West Ham 0

All statistical analyses are based on historical performance. Player performance in the match may not necessarily replicate recent performance.

Liverpool will host West Ham for their next Premier League match at Anfield Stadium on Wednesday 19 October. It’s time for the Reds to bring back their best form and make a comeback before it’s too late. The Reds are currently in 11th position in the points table. West Ham, on the other hand, have won their last two games. They are currently seated in 14th position.

Liverpool have a powerful package of classy players such as Mohamed Salah, Roberto Firmino and Jordan Henderson. However, the performances are far below expectations this season.

Liverpool are expected to do everything they can and secure the all-important 3 points against the Hammers in their next game. Klopp has some world-class players in his squad and the possibility of a strong return from the Reds is very likely. On the other hand, West Ham will need a full team effort to take on the hosts at Anfield on Wednesday. All predictions and betting platforms suggest a win for Liverpool in this match. 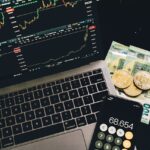 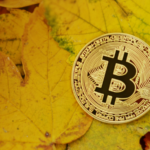