We said that Multichain should not be confused with a multi-chain future. However, Multichain, along with other routers and cross-chain bridges, will play a vital role in the multi-chain future. Platforms like Multichain, Router Protocol, Celer and others are thriving. They allow users to send their resources from one chain to another. For example, you can use the Celer Bridge to bring resources from Ethereum to other blockchains such as Cardano, Polygon, or Cronos.

The ability to move assets from one blockchain to another is powerful, as it allows users to freely switch between protocols. As better decentralized apps (Dapps) such as decentralized exchanges (DEX), lending platforms, and play-to-earn (P2E) games appear on different blockchain networks, you can try them out without having to buy new resources. This is because rather than buying some Cardano to start trying to use new Dapps that have been released on it, an Ethereum user can simply connect their ETH and other supported resources to Cardano to start interacting with them.

Wrapped assets are nothing new, they started years ago. However, wrapped assets are an important factor when it comes to a multi-chain future. This is because they allow you to securely convert something like BTC to WBTC (Wrapped Bitcoin) and use WBTC on Ethereum decentralized finance (DeFi) protocols like Uniswap. This is seen again with BTCB (Binance Bitcoin). In either case, there is a custodian for the original asset (BTC), and you are given an equivalent amount of WBTC or BTCB in return, which can then be used to interact with various Dapps on both Ethereum and Binance Smart Chain. The WBTC or BTCB can then be discarded in a similar process.

The only current problem with wrapped assets like WBTC, is that they require KYC/AML to be able to get them directly. This means that if you have BTC that you want to turn into WBTC, you have to go through the WBTC Network platform and verify your identity in order to be able to exchange BTC for WBTC. This is a limitation as there are many users who would prefer not to provide identity information to use their BTC on Ethereum. In essence, it is not a service without trust. Projects like AnetaBTC on Cardano aim to create a decentralized, permissionless way to bring BTC to Cardano.

Cosmos
users are probably very familiar with this term, as it is one of the main goals of the Cosmos team. Put simply, inter-blockchain communication is an interoperability protocol for communicating data between different blockchains. Cosmos has created a protocol consisting of two distinct layers: the transport layer (TAO), which provides the infrastructure needed to establish secure connections and authenticate data between different chains, and the application layer, which decides how these data packets are packaged and interpreted by the send and receive chains.

The IBC application layer is used to create a wide range of cross-chain applications, including token transfers, interchain accounts, non-fungible token transfers (NFTs), and Oracle data feeds. In addition to helping develop the IBC protocol, Cosmos’ Tendermint software development kit (SDK) has led to the creation of successful projects such as Terra and Cronos.

While it’s no guarantee that the future of blockchain will be multi-chain, the development of cross-chain routers, bridges, wrapped asset protocols, and inter-blockchain communication protocols, all seem to point in that direction.

While a blockchain project may not master them all, if you are able to integrate many other assets and chains with yourself you may have a chance. However, it seems more likely that there will be many blockchain networks, each with its own ecosystem and able to communicate with each other. The multi-chain future is already underway. 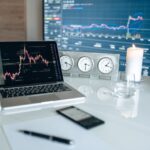