It’s hard to remember that there was once a pre-Facebook and Twitter world. A world where social media was still in its infancy and its main focus was entertainment and music. Myspace dominated this first era of social media before the explosion of popularity and the meteoric rise of other (arguably improved) social media platforms such as Facebook. It was a classic first-mover advantage.

Bitcoin has followed a similar growth trajectory to Myspace despite being in a completely different industry.

The first cryptocurrency, launched in 2009, introduced the world to blockchain technology. It has since exploded in popularity despite the launch of tens of thousands of new blockchain projects. Many new cryptocurrencies were launched as direct challengers to Bitcoin and aimed to improve on the original blockchain. However, Bitcoin has survived and outperformed most to date.

In this article, we will delve into whether or not Bitcoin will continue to follow a similar trend of Myspace and fall by the wayside, or whether it will be able to maintain its dominance as the world’s favorite cryptocurrency.

The rise and fall of Myspace

So how does a social media empire go from being the most dominant company in the space with over 115 million active users to an average of just 3.7 million monthly visits in 2022?

The short answer is that Myspace was in an overgrowth industry that prioritized ad revenue over sustainability. News Corp acquired Myspace in 2005 for $580 million. This initial purchase proved to be a success, and Myspace continued to expand, eclipsing the 100 millionth Myspace account on August 9, 2006.

In 2007, Myspace was still growing, registering an average of 320,000 new users per day and becoming the most visited website in the United States.

Beneath the surface, a new competitor had begun to emerge. A small social media platform from Harvard University dorms called Facebook. Ironically, Myspace had the opportunity to buy Facebook in 2004 for $75 million and passed.

When News Corp acquired Myspace, its priority quickly shifted from a user-centric social media platform to one that maximized ad revenue by clogging users’ landing pages with suggested purchases. At the time, Facebook was not indebted to advertisers and developed its business model around selling user data directly to advertisers.

Facebook’s strategy has created a cleaner and more accessible user experience focused on connecting users with each other through individual promotion. Users have started flocking to Facebook and the rest is history.

The similarities between Bitcoin and Myspace

The easy answer is that they were both, at some point, the most dominant operator in their respective industries. Bitcoin still retains the title of dominating the cryptocurrency industry.

Myspace has exploded in popularity to become the number one social media site globally, with over 115 million active users. Similarly, Bitcoin is the original cryptocurrency that introduced blockchain technology to the world and has an estimated 81 million+ unique Bitcoin wallet addresses.

Another similarity is that both exist in an overgrowth industry with constant competition. Other projects have sought to replicate Bitcoin’s success, similar to how Facebook emerged to challenge and dethrone Myspace.

Most of these direct challengers typically focus on increasing transaction volume per second or block sizes to reduce gas fees associated with moving cryptocurrencies between accounts. Other projects provide users with a different value proposition through the use of smart contracts. Some altcoins are also 99.9% more energy efficient than Bitcoin.

To summarize the basic criticisms of Bitcoin:

The differences between Bitcoin and Myspace

The first thing that should be understood is that Myspace and Bitcoin are very different sectors. Comparing the two is like comparing apples with puppies. They are too diverse to make any form of meaningful comparison on a technical level.

Myspace is also a private company with a traditional hierarchical structure. It has a CEO and a President who make executive decisions about the direction of the company. With Bitcoin, there is no centralized control and no CEO or president dictating direction. Instead, validators and the proof-of-work consensus mechanism support the direction and implement any changes on the blockchain based on what the community accepts.

Many of Bitcoin’s features that other cryptocurrencies seek to “improve” are deliberately designed this way.

By having a slower blockchain that verifies blocks every 10 minutes and with a size of 1 MB, Bitcoin can maximize its security. In the blockchain trilemma, blockchains must choose to sacrifice one of the following: decentralization, security, or scalability.

No cryptocurrency has really been able to replicate the decentralization offered by Bitcoin.

Conclusion: The market will eventually decide

While it is still too early to say what will happen with Bitcoin in the long term, I believe it will follow a different fate than Myspace. The technologies behind each are too different to make this comparison.

Bitcoin’s “flaws” are actually its greatest strength, while Myspace has become cumbersome, impersonal, and lost touch with its users. Bitcoin is supported and accountable to its user base. Bitcoin’s trade-off between scalability and decentralization and security is also solvable through the addition of layer two protocols such as the Lightning Network.

However, Myspace remains a healthy reminder to companies that even with market dominance, they are not immune to new challengers. Bitcoin will have to remain vigilant against internal and external challengers to ensure it maintains its dominance. One thing is certain: the market remains the largest and, in some cases, the only decisive factor on the lifespan of a product. 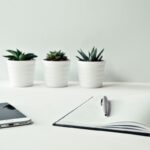 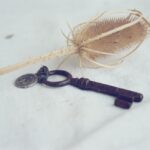