Yuga Labs, the creators of the Bored Ape Yacht NFT project are making headlines again with the launch of their new ApeCoin crypto token, with NFT holders set to purchase the new ApeCoin.

The new token is said to strengthen the BAYC ecosystem by acting as its official currency, boosting BAYC products and services.

In addition, the new token has been confirmed for inclusion on several cryptocurrency exchanges, making it easier for the masses to trade and purchase the token.

Let’s take a quick look at how and where users can buy the newly launched ApeCoin.

APECOIN: HOW AND WHERE TO BUY THE TOKEN?
Several cryptocurrency exchanges have already started listing ApeCoin on 17 March, the day of its launch.

10,094 APE and 2,042 APE have been allocated per NFT for BAYC and MAYC, respectively, although gas fees will also apply to this airdrop. Users will need to connect their MetaMask and have 90 days to claim the ApeCoin, before it is sent to the Ecosystem Fund.

WHAT IS APECOIN?
ApeCoin is an ERC-20 governance and utility token launched by Yuga Labs. It is defined as a token “for culture, gaming and commerce used to power decentralised community building at the forefront of web3”.

According to Twitter’s official announcement, ApeCoin will be operated by a Decentralised Autonomous Organisation or DAO, where each community holder will receive governance rights over the funds in the ApeCoin ecosystem.

Users wishing to become members of ApeDAO need only have the token. The DAO will be further operated by the ApeCoin Foundation, which will be responsible for administering the key procedures performed by the ApeCoin DAO Community. 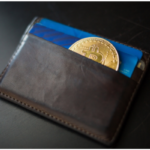 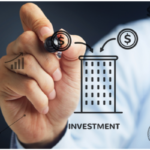