In search of the Gold 2022 prediction and beyond? You’re in the right place. We will share the top Gold price predictions and forecasts from 2022 to 2030 and beyond. We are taking a look at this asset to find out what the experts have to say about its future performance and how much it will be worth in the future.

Have you ever considered investing in gold? The precious metal is one of the most attractive assets in the commodities market.

People invest in Gold for many reasons, but most experienced investors use it as a hedging instrument. Some also buy and sell Gold as the price fluctuates, all in an attempt to make a profit.

Regardless of why you want to buy gold, it is important to know what the price of the precious metal will be in the future. Our Gold price predictions and forecasts for 2022 – 2030 will help you get an idea of how the Gold price will change over the next few years. Hopefully, it will help you make an informed Gold trading decision.

As our tradition demands, we are not going to rush you through some figures as Gold price predictions. Rather, we will discuss the key factors you should consider with Gold price forecasts before making the decision to buy the product. It is important that you read the sections of this article carefully for quality information to help you make quality investment decisions.

WHAT YOU NEED TO KNOW ABOUT GOLD AS AN INVESTMENT
Gold is treated as a commodity in the financial sector. It is in the same category as oil and grain, but it is different in many ways. One of the most spectacular things about Gold is that it does not run out. Oil and grains, for example, can be consumed or used up. Gold, on the other hand, will remain in the world once it is extracted. It can be used for different things, but it is not depleted.

Gold is considered as a permanent asset mainly because of its chemical composition. The precious metal is used in jewellery making as well as in art. It can also be used in bullion or stored in a vault. Regardless of how it is used, the chemical composition remains intact. Gold cannot decay, rot or corrode.

Buying through the market is the simplest approach. It is also the approach that is in line with the objectives of these Gold price predictions and forecasts.

WHAT FACTORS AFFECT THE GOLD PRICE?
Although Gold cannot be classified as a volatile asset, its price still changes from time to time. Most of the time, the price of the precious metal is a reflection of economic situations, but there are key factors that affect its price. The main ones include:

Central Bank Reserves – Some countries have reserves in Gold . Although the US has abandoned the gold standard, most central banks accumulate reserves in gold. Increased demand for Gold by central banks may result in an increase in its price.

Jewellery and industrial demand: Gold demand from jewellery manufacturers and other companies that use Gold in their products can affect the price of the metal. A significant increase in demand can result in an increase in price.

Investment demand – Exchange traded funds (ETFs) and other investment vehicles also buy Gold for various reasons. The greater the demand from this sector, the higher the price of the precious metal.

Gold production: although the supply of Gold never decreases, an increase in production can also significantly affect the price of the precious metal. The more gold that is mined, the better the price will remain stable. Disruption in gold mining can result in an increase in the price.

GOLD PRICE HISTORY
Now that we have some decent background information on Gold and a decent section on the factors affecting its price, it is time to discuss its price history. Since the precious metal is not as volatile as stocks and other investment vehicles, we will try to be as brief as possible here.

To discover some of the top Gold price per ounce predictions in USD, you’re in the right place. We’ve compiled a list of the most compelling short- and long-term forecasts for 2022-2030, helping you decide if Gold could be a real Gold mine for you.

According to our technical analysis, Gold is expected to gain further as the months go by in 2022. Even if it were to fall by a few points, we expect the minimum price it will reach this year to be $1,785 and the maximum it will reach to be around $2,536.

Monthly Gold price predictions for 2022
Are you planning to start investing in Gold this year, 2022? Then you should have an idea of how the price of the precious metal may change in the coming months.

According to our Gold price predictions and forecast for 2023, the precious metal is expected to be priced at around $2,286 by the end of June. In the second half of the year, we project Gold to record a remarkable gain to end the year at around $2,355.

GOLD PRICE FORECAST FOR 2024
By 2024, we expect the Gold price to improve by up to 40%, compared to the current price. Of course, this will also depend on whether precious metals trade within the region we forecast for 2023. Based on other market factors, there is no reason why it should not reach this height.

According to our Gold 2024 price forecast, we estimate that the precious metal should be priced around $2475 within the first six months of the year. Our forecast also shows that Gold will be priced at around $2,766 by the end of 2024.

GOLD PRICE FORECAST FOR 2025
As far as the commodity market is concerned, we believe that 2025 will be a good year. According to our forecast for 2025, Gold will finally reach the $3,000 mark. Of course, this will not happen within the first few weeks of the year.

According to our Gold price forecast, the precious metal should perform well throughout 2025. Within the first six months, we project that it will trade at around $2,977. It will then grow further and eventually close the year at $3,094.

GOLD PRICE FORECAST FOR 2026
Based on what we have seen so far, there is no reason to believe that the Gold price will depreciate in the near future. Therefore, we also expect the price to improve in 2026. Within the next 4 years, Gold is likely to establish support at $3,200.

Within the first six months of 2026, we project the Gold price to reach $3,290. It will then improve significantly in the last six months, before closing at $3,441. It is also possible that the Gold price will reach $3500 in 2026, but is likely to reach a resistance level shortly before that.

GOLD PRICE FORECAST FOR 2027
Have you ever wondered what the gold price will be in the next five years? Our Gold price forecast shows that it could be as high as $4,000 per ounce. Based on Gold price history, this is an absolute possibility. The precious metal should establish support at around $3,500 within the first two to three months of 2027.

GOLD PRICE FORECAST FOR 2028
According to our technical analysis, the Gold price may not rise too well in 2028, especially within the first six months. However, our forecast does not show that the precious metal will fall. We project that even if the price falls, the minimum price for the whole year will be around $4,000.

According to our analysis, the Gold price should be in the region of $4,008 by the end of June 2028. In the last six months of the year, the price is projected to improve slightly and Gold will trade at $4,266 by the end of the year.

GOLD PRICE FORECAST FOR 2029
By 2029, our projection shows that Gold should have recorded price growth of up to 125% or even better. If that is to be the case, then the minimum price of the precious metal for the year will not fall below $4,200.

According to our proper Gold price forecast for 2029, the precious metal is projected to trade at around $4,306 by the end of June 2029. It will then improve significantly in the last six months of the year. The year-end price is projected to be $4,467.

GOLD PRICE FORECAST FOR 2030
We understand that 2030 is an important year for those who want to invest now, and our analysis shows that the Gold price should have improved by as much as 139% before the end of 2030.

SHOULD I INVEST IN GOLD?
Gold is one of the most reliable stores of value. It is considered by many to be the most precious metal and one of the most valuable natural elements. It does not spoil and does not run out. Gold’s value is also relatively stable. There is always a greater chance of the value improving than there is of it decreasing.

There is almost no reason to think twice about investing in Gold unless you are looking for a short term investment. From our forecasts, it is safe to say that the Gold price will improve over the next few years. Buying the precious metal will be a good way to build and protect wealth.

Based on everything we have covered, we can conclude that investing in Gold is a good move. Gold is one of the assets that can serve as a real hedge against inflation. It is also one of the best investment options for patient investors who are ready to wait several years before cashing out.

FREQUENTLY ASKED QUESTIONS ABOUT GOLD INVESTING
Are you ready to start investing in Gold but have a few more questions on your mind? Here are some of the most common questions we receive about Gold investments:

Will the price of Gold rise in 2022?
According to almost all the predictions we have included in this article, the Gold price is not likely to fall in 2022. Many analysts believe that its current bullish streak will continue throughout the year, with potential price targets including $2,267 and $2,516.

How much will Gold be worth in the next five years?
For our long-term Gold price prediction, we return to WalletInvestor. After predicting a peak price of $2,351 for 2022, what do you think could happen to its value between 2023 and 2027? The platform has given the following minimum and maximum prices for the Gold asset for the next five years:

Will Gold reach $10,000 in the future?
Gold may reach the $10,000 mark in the future. However, we expect it will take several years for that to happen, decades, most likely.

Is Gold a risky investment?
Gold cannot categorically be classified as a risky investment. Although the price may go up and down from time to time, Gold is not really a volatile asset. It is considered a safe investment and one of the best hedges against inflation and economic downturns.

What is the easiest way to invest in Gold?
There are different ways to invest in Gold, but the safest way for regular investors is the stock market. There are a handful of online platforms that allow users to trade Gold and eToro is one of the best. 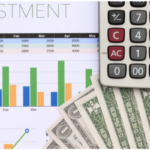 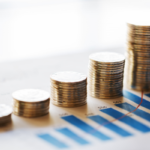