Currency has existed in some form since ancient times, but it is only in the last 30 years that humans have begun to move beyond traditional physical money and embrace a digital payment system. Previously, however, all digital money was at least somehow linked to physical paper money. Cryptocurrency, which is purely digital, represents the next step in this transition. What does this mean for the future of payments? Let’s take a look at some of the biggest potential problems and solutions below.

The original intention of the cryptocurrency

Bitcoin’s original white paper refers to the technology as a peer-to-peer digital cash system. The basic idea outlined by Satoshi Nakamoto was to create a new digital financial system that would eliminate the need for third parties in online transactions.

“What is needed is an electronic payment system based on cryptographic proof instead of trust, allowing two willing parties to transact directly with each other without the need for a trusted third party,” Nakamoto wrote.

The white paper focuses on the inherent weaknesses of reversible payment systems, noting that the lack of non-reversible payment options opens the door for third parties to get between businesses and consumers, which creates a number of problems, such as higher costs and potential censorship.

Cryptocurrency has introduced several important differentiators into the world of digital payments. One is irreversibility and the other is direct ownership of one’s own funds. Both revolutionary in themselves, compared to the way banks are currently facilitating digital transactions. A huge effect of these differences is resistance to censorship, the ability for transactions not to be stopped or reversed.

How is cryptocurrency different from PayPal?

When many people learn about Bitcoin for the first time, they generally think of it as nothing more than an alternative to PayPal, which has been the best-known option for online payments since the early days of eBay. However, there are key differences between these two payment systems.

With PayPal, funds are held in a variety of fiat currencies (such as USD or EUR) by a centralized company on behalf of users. In Bitcoin, each user has full control of their funds via the keys associated with their Bitcoin wallet.

This is typically the same scheme used for all cryptocurrencies. The key that represents the ownership of resources is called the private key. All this means that there is no central authority that can seize funds from users or block transactions sent to specific individuals or companies.

This fundamental difference between Bitcoin and PayPal was put on display in the early days of the cryptocurrency’s existence through its use for things like illegal purchases on Silk Road and donations to Wikileaks.

It should be noted that PayPal’s original vision was that it would function more like Bitcoin than how the online payments giant operates today. However, due to complications in pursuing certain features, PayPal was forced to change its business model.

While many of the early companies built around Bitcoin were focused on payments, the digital currency has come to act more like digital gold than a tool for low-cost online payments over time. Many of the startups in Silicon Valley and elsewhere focused on signing up merchants to accept Bitcoin in 2013 and 2014, with the main selling step being that companies can avoid costly credit card fees and chargebacks.

However, Bitcoin adoption among consumers has remained mostly stagnant over the years. Eventually, fees started to rise substantially in 2016 and 2017 as more people wanted to speculate on Bitcoin and other cryptocurrencies via exchanges. While there has been a push to increase Bitcoin’s block size limit via a hard fork in order to keep fees low, the change has not been able to gain consensus among the Bitcoin user base. Eventually, some users who rated the payments use case against the digital gold use case branched out to the Bitcoin Cash alternative network.

Data from Chainalysis indicates that 90% of the Bitcoin network’s activity is still related to exchanges, which shows that most people are even more interested in using Bitcoin as a store of value or speculative asset than as a means of payment right now. However, it is possible that Bitcoin could increase in popularity as a medium of exchange as more and more people join the network and put part of their savings into the digital asset.

Of course, Bitcoin is not the only cryptocurrency in existence. There are thousands of other cryptocurrencies and tokens that have popped up in the last decade, and many of them focus on being a better option for payments than Bitcoin. However, proponents of these altcoins tend to overlook the downside of focusing on reducing fees on on-chain transactions above almost every other feature.

While Bitcoin has a primary security goal and provides a permissionless network for everyone to use, this comes at the cost of having slow transaction throughput. Other cryptocurrencies, known as altcoins, take a variety of different approaches, each with its own set of pros and cons. These other cryptocurrency projects often have cheaper fees, however, you need to examine and ask why the fees are cheaper and how this was achieved. Cheaper rates can sometimes come at the cost of having a less secure network. It’s important to examine how the network is governed and where the fees you’re actually paying actually go.

In addition to the problems of centralization, there is also the problem of starting a whole new money with each new altcoin. Bitcoin is much larger and more liquid than any other cryptocurrency on the market, and many of the benefits of having low transaction costs are lost when users are forced to use a form of money that no one wants to keep as a store of value.

How can I spend my cryptocurrency?

There are a couple of simple ways you can spend your cryptocurrency to buy products or services:

What could be better? Crypto or cash?

For everyday purchases, in most places in the world, cash is still king, as banks and financial institutions have made using government currency (FIAT) a seamless experience. Better cash would be one that has the advantages of cryptocurrency (censorship resistance, cross-border payments) and cash stability. This exists, and is known as a stablecoin.

Are stablecoins the perfect solution?

Stablecoins are meant to bring price stability to the volatile world of cryptocurrencies. Instead of operating as a commodity or currency, stablecoins are tokens issued on platforms like Ethereum that are backed by real-world currency held in a bank account (there are other, more complex types of algorithm-based stablecoins, but we’ll keep it simple for now).

Stablecoins like Tether and USD Coin have gained traction among those who want to move funds between exchanges or make international money transfers, and now these coins are also being implemented in payment platforms like BitPay. However, it is unclear whether stablecoins will be sustainable in the long term.

Remember, the key selling point with cryptocurrency is censorship resistance and the irreversibility of transactions.

When you bring money held in a centralized bank account into the equation, you question why a blockchain is needed for these projects. After all, the bank account behind the stablecoin is basically a centralized third-party form that Satoshi Nakamoto intended to remove with Bitcoin in the first place.

If more people start using stablecoins for illegal activities, it’s unclear why these kinds of systems wouldn’t end up in a Liberty Reserve-like or e-gold situation where the project is shut down. In a situation where stablecoin projects embrace regulation, it’s unclear how they will be very different from PayPal along the way.

The last stable cryptocurrency is the one that is properly decentralized. A stable coin that you receive by locking in part of your cryptocurrency as collateral for a loan of a stable asset. A stablecoin using collateralization is a powerful tool, as it inherits all the benefits of blockchain, including censorship resistance and cross-border transactions, without losing its stability. What we might see in the future, is where Bitcoin and Ethereum are stores of value that can be locked in and provided as collateral for stablecoin loans. Stable coins will be used as cash and Bitcoin and Ethereum will be reserve currencies, just as gold was before 1972. 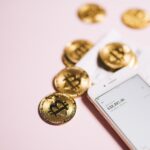