Ethereum is soon slated for an upgrade to version 2.0, but when is the release date of Ethereum 2.0?

With Ethereum 2.0, known as Serenity, ETH will soon switch from Proof-of-Work (PoW) algorithms, which are also used in Bitcoin mining. Instead, it will move towards Proof-of-Stake (PoS) and ethereum staking. The update will bring changes that, according to Ethereum, will make the currency “more scalable, safer and more sustainable.”

So, how long will we have to wait for Eth2?

It is estimated that the full release of Ethereum 2.0 does not take place at least until 2023, after the launch of the first phase in 2020.

The next step in upgrading Ethereum is to merge the mainnet with the Ethereum 2.0 Beacon Chain, allowing for full staking. Subsequently, Ethereum fragment chains will be launched in 2023, increasing the capacity of the blockchain.

The latest information on Ethereum suggests that The Merge could take place in August 2022. During the Permisionless conference, Ethereum Core developer Preston Van Loon said, “As far as we know, if all goes according to plan, August. It makes sense.”

However, he mitigated these expectations by stating that it would have happened here if they did not need to move the EIP-4345 difficulty bomb. This was previously delayed until June 2022.

In EIP-4345, developers Tim Beiko and James Hancock said the difficulty bomb could happen later than June. They said:

Targeting for the merge before June 2022. If it is not ready by then, the bomb can be delayed further.

However, things seem to be on their way to The Merge. Ropsten’s testnet has now just implemented merging with the beacon chain, as a test before merging the mainnet further down the line.

The full launch of Eth2 is still subject to change, especially after having already suffered further delays.

Of course, even after the merger, Ethereum 2.0 will not be complete. In an interview with the Bankless podcast, Vitalik Buterin described the current progress on Eth2:

Ethereum 2.0 is currently active on the testnet, with holders already betting over 12 million ETH.

Prior to this 2.0 update, Ethereum received another update in the London hard fork on August 5, 2021. This update implemented EIP-1559, which changed Ethereum’s transaction fee system and kicked off ETH’s Ethereum burning.

Just like with Cardano’s network updates, the release of Ethereum 2.0 is staggered into distinct sections: The Beacon Change, The Merge, and Shard chains.

The Beacon Change (Phase 0), which implemented the PoS algorithm, was first launched in December 2020. Compared to PoW algorithms, PoS is less energy-intensive and is used in Cardano staking. Ethereum Staking is currently being tested.

The next stage is “The Fusion”. This substantial phase will merge the Beacon Chain into the mainnet and see the end of PoW algorithms. The final maped update for Eth2 will see the implementation of partition chains. The introduction of sharding in Ethereum 2.0 should allow for greater downsizing of Ethereum, as transactions can be split into 64 new chains.

In a keynote at the University of Social Sciences in Singapore, Ethereum co-founder Vitalik Buterin described this downsizing as “even more important than Proof-of-Stake.” With so many new NFT projects launching and increasing demand on the blockchain, this could be vital for Ethereum.

Of course, the current plans for Ethereum 2.0 are not set in stone, with the Ethereum website warning:

This is how we see what is happening based on the information out there. But this is technology, things can change in an instant. So please don’t read this as a commitment.

Ethereum’s latest update was the Altair Upgrade, set to be the first major Beacon Change update since it was released. Altair was launched on October 27.

Ethereum 2.0 is not a new coin and will not change the amount of ETH you hold.

In terms of Ethereum vs Ethereum 2.0, Eth2 is simply an upgrade that will improve the Ethereum blockchain.

It will be more likely to impact Ethereum miners rather than holders, as the move to PoS will see “staking” take the place of “mining” to approve transactions on the Ethereum blockchain. 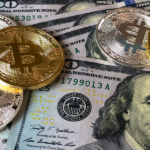