Elrond intends to lead a decentralized communications network to use a smart contract substrate that prioritizes scalability and low transaction costs.

Elrond’s blockchain is specifically designed for the exchange, validation, and documentation of data produced during contracts, rights transfers, and other financial assets.

How is Elrond different from others?

Who are Elrond’s competitors? 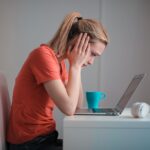