As mentioned above, the term FUD is a popular pejorative catchphrase that is often thrown into crypto circles. In most cases, a “FUDster” will be the person who uses misinformation or manipulated facts to create doubt and exploit an investment position against other traders.

In casual conversation, it usually means being afraid of the volatility of cryptocurrency and the possibility of a project’s value dropping to zero. However, FUD can have a more dangerous connotation in the cryptocurrency space.

For example, FUD has been used as an effective marketing strategy for some projects or individuals with malicious intentions who are trying to sabotage the community of another coin by scaring their backers.

So, how does it work exactly? Well, let’s look at some examples.

What are the examples of FUD in cryptocurrency markets?

One of the most infamous examples occurred in late 2017, when the price of bitcoin peaked at nearly $20,000 per coin.

However, as soon as it hit $19,500, such a strong wave of FUD hit the markets causing Bitcoin’s price to plummet from its highs to lows of nearly $6k per coin in just a few days.

Some attributed this sudden collapse to regulators in the US imposing huge capital gains on Bitcoin holders and others blamed it for the introduction of Bitcoin futures trading that gave way to market manipulation.

With over 50% of Bitcoin mining rigs located in China, news of the Chinese ban brought FUD to the market.

Elon Musk’s previous endorsement of Bitcoin also brought with it excitement in the cryptocurrency market, but she later turned to FUD with a tweet from the CEO about Tesla’s move to no longer accept bitcoin due to the network’s excessive energy consumption.

Both events sent bitcoin down nearly 50% from its previous high of $60,000. But in both cases the price of Bitcoin would then recover, which meant that everyone who sold because of FUD lost serious value.

What is the difference between FUD and legitimate concerns?

Much of the
confusion in this regard has to do with the separation of FUD from the real concerns of the market. For example, legitimate concerns would be to talk about bitcoin’s scalability issues and how it affects transaction fees.

Many investors consider these market concerns about factors that could prevent bitcoin from becoming a mainstream form of payment on the internet. While real concerns are based on valid points, FUD uses illegitimate concerns that are often intended only to affect the price of cryptocurrencies.

Most cryptocurrency FUD is used in marketing campaigns and spread by individuals with malicious intentions who use it as a way to manipulate an investment position against other traders. This can be devastating especially for the prices of smaller coins because it causes investors to quickly pull out of their positions, which then lowers the price further.

What should you do when FUD rears its ugly head?

As a new investor in the cryptocurrency market, you need to understand that no one is immune from FUD, and learning to navigate through it is an important part of being a “good” trader and investor.

First, it’s important to remember that you should never panic simply because of “negative” news that generates FUD. Before you panic, remember to do your due diligence and gather information from various sources while watching the news objectively. This will help you recognize red flags when they seem to prevent a potential attack on your investments.

What are the long-term effects of FUD?

While FUD can be harmful in the short term, volatile price swings and sudden market corrections are a key part of a healthy crypto market. In most cases, the FUD dies out and the market resumes its normal trajectory.

Bitcoin, for example, has had opponents who declare it dead more than 400 times, yet it continues to grow at a breathtaking rate. Also, since May’s FUD, Bitcoin has resumed its previous all-time high of $60,000.

Is it a good strategy to buy when there is a lot of FUD?

While it is true that FUD brings a lot of negative attention to a cryptocurrency, in some cases, buying during periods of negative news and rampant fear in the market can be beneficial.

This can give you a decent entry location. However, it is important to note that some FUD news and events can be devastating for a cryptocurrency leading to a price drop of 80% or more. So, it is important to keep in mind that not all FUDs are created equal and strategies should be implemented accordingly.

Does FUD exist in traditional finance like the stock market?

Yes, there is FUD in traditional finance.

The main difference between traditional finance and crypto is that the FUD in the stock market can theoretically be detected more easily and its impact is significantly reduced thanks to the regulatory bodies that oversee the markets. 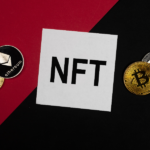