In fact, inflation affects cryptocurrencies, including Bitcoin, which is sometimes referred to as “inflation resistant.” When it comes to inflation, Bitcoin works much like gold. However, as mining new Bitcoins is automatically halved every four years, inflation rates inevitably decrease.

Inflation also exists in all other currencies, although some have a fixed maximum supply, such as Bitcoin, which is limited to 21 million. This is an important distinction for something like the US dollar, which has no hard limit on supply and can be printed ad nauseam.

Cryptocurrency inflation rates are also predictable and controllable, distinguishing them from fiat money.

Does inflation have any benefit?

Of course, inflation is not all obscure. In fact, moderate inflation can drive spending on coins, help grow the economy, and prevent people from holding on to their coins for too long. However, moderate is the key word here.

The annual issuance
also keeps the inflation rate at bay, meaning that coins with lower annual issuance usually have lower inflation rates. Of course, it is important not to confuse the issue with the total supply. Issuance is generating new coins or tokens through various processes, including mining. But the total supply consists of all “issued” coins, minus those burned.

With fiat currencies, central banks decide how much money to provide based on their estimate of the highest demand. In the case of cryptocurrencies, all currency holders have one vote. As a result, the community of a currency can decide whether to increase or decrease the supply level, and all holders can vote on it based on their specific share.

As mentioned above, all cryptocurrencies suffer inflation. For some, the inflation rate may be below 1%, while for others it may exceed 10%. Bitcoin, Ethereum and Cardano are among the lowest inflation coins out there.

It should be noted that inflation is a hotly debated topic in cryptocurrencies, and people use a wide variety of metrics to support their favorite currency as a deflationary asset. The following is a rough estimate of some of the publicly available inflation numbers of popular coins.

Technically speaking, bitcoin is an inflationary currency. This is because it was created to resemble gold’s constant inflation rate. The traditional definition of deflation implies that Bitcoin is deflationary. However, as its purchasing power grows over time, deflation actually refers to a reduction in the quantity of money supply.

Because it is the largest and most well-known coin, Bitcoin is typically seen as a reliable hedge against inflation. It can also be thought of as a hedge superior to gold. Bitcoin has always been one of the low-inflation cryptocurrencies out there, with the current rate standing at 1.76%.

The second most used currency globally is Ethereum. With an inflation rate of 0.54%, it boasts one of the lowest inflations among all cryptocurrencies. There is no maximum supply, which initially seems disturbing. However, it is crucial to note that it has a fixed supply of 18 million coins, which are mined every year.

This implies that as the amount of money in circulation increases, its inflation rate will continue to gradually decrease. It is important to note that Ethereum has a thriving community and that a major change coming could bring down the rate of inflation further.

Cardano is a currency that aims to give underdeveloped nations access to the benefits of blockchain technology. The maximum bid for Cardano is limited to $45 billion and 71% of that has already been released. Cardano’s current inflation is around 1.95%.

Some coins with high inflation

Because Elon Musk has often expressed his support for the coin in public, Dogecoin has attracted a lot of attention. It was initially ridiculed as a joke, but has since become one of the most popular cryptocurrencies. Although Dogecoin technically does not have a hard cap, its annual supply is set at 5.256 billion coins. As a result, Dogecoin’s inflation rate will continue to fall over time.

While Dogecoin is nowhere near cryptocurrencies like Ethereum, with an inflation rate of 3.86%, it is still quite low compared to Polkadot.

Avalanche’s native token, AVAX, was created to drive transactions throughout its ecosystem. AVAX is used to support network transactions by charging fees, distributing rewards, and facilitating governance. At 24.88%, it is definitely a high-inflation coin in the cryptocurrency market.

So, that’s it. These are some of the cryptocurrencies with lower inflation in the market that are likely to lower their rates further. The low annual issuance, increasing purchasing power, and power of coin holders over the future inflation rate make cryptocurrency inflation very different from that of a fiat currency. 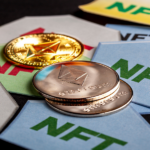 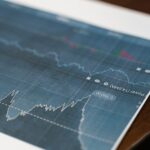