The Bitcoin Bulls dream of Bitcoin hitting $100,000 this year while the Bears on the other hand talk about $12k. Such a wide range of forecasts is confusing. And then there are numerous methods (most of them lack transparency). Our assessment so far has been Elliott’s best wave prediction which has done a great job predicting Bitcoin’s fall over the past 9 months.

Our assessment is that a definitive recovery would only be underway in August or September. That’s why

2. Bitcoin’s performance has a solid (negative) correlation even with crude oil prices

3. Now, while there are numerous other factors, liquidity is essential for Bitcoin prices to rise, and both high inflation and high crude oil prices tend to squeeze liquidity. So the question is when are we likely to see a drop in crude oil prices and inflation?

With the US Federal Reserve raising rates rapidly, this is likely to happen sooner or later. With another rate hike expected in July, the rate of consumer inflation is likely to decline in the same July, a net effect of 3 rate hikes, and an improvement in the supply chain. July inflation numbers will be reported in the second week of August, and the main number will likely be lower than in May and June. The inflation number in August is probably much lower than in May or June.

Crude oil prices, on the other hand, fell in June, but are likely to continue to rise until August or even September as demand increases during the summer. OPEC is likely to be able to increase production in September or October even if demand declines a bit. 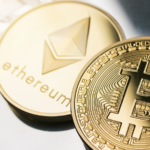