All Bitcoin predictions are positive after weeks of negative

Quick summary of Bitcoin’s position in the market

Bitcoin Prediction: Is Bitcoin’s Collapse Over?

Bitcoin’s collapse isn’t over yet, but sentiment started to change this Sunday.

So while there are reasons to believe that $17,000 was the bottom, there are also some loose ends.

Our estimate is that the price of Bitcoin will stop falling from August or September of this year once US consumer inflation starts to fall. Bitcoin is not expected to reach ATH anytime soon in 2022 or even 2023. (See our forecast at the beginning of this article)

Why is Bitcoin valuable?

There are many who think that Bitcoin is actually of zero value. But the fact is that it is a limited resource of 21 million coins of which 19.1 million are on offer and has been used as an alternative to the national currency

Bitcoin has produced positive returns in 9 out of 11 years. 2018 was the most difficult year that also coincides with the year in which the Federal Reserve reduced the size of its balance sheet. During that year, Bitcoin closed 74% less than the previous year. It took Bitcoin 3 years to recover.

Unlike Alts or even Ethereum, Bitcoin has been there for quite a long time and with a record of proven performance. While the current price collapse would be a dampening in the short run, long-term demand will continue to push prices higher. Especially since the supply of bitcoin mined bitcoins will decrease by half in 2025, in just 2 and a half years. As supply decreases, current volatility is likely to decrease. 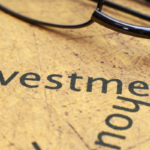 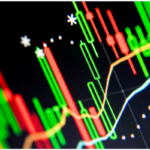