Axie Infinity is a blockchain-based game where players can fight, collect, and build digital empires for their pets. The game is like Pokémon and Tamagotchi in that it uses non-fungible tokens (NFTs) to represent unique creatures, abilities, land textures, and other in-game resources. This coin has established itself as a leader in non-fungible token games (NFTs), in which the AXIE creature is represented by the NFT in the game.

This game runs on a play-to-earn business model where a player can start this game for free and then get paid to add new features and content.

Each Axie is a cryptocurrency or unique digital token secured on the Ethereum blockchain network.

These are some of AXIE Infinity’s strongest competitors. Besides these Godschen, F1delta Time, Splinter Lands, Lost Relaxes, The Six Dragons, etc.

HOW IS AXIE INFINITY DIFFERENT FROM OTHERS? 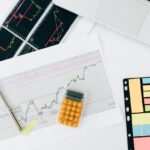