In this guide, we will express our and the market’s opinion on the future of AR as we discuss Arweave’s pricing forecasts for 2023 and beyond.

Keep in mind that you should take this and any other forecast with a grain of salt as predicting anything is a thankless task, let alone predicting the future of a new highly volatile financial asset like Arweave.

Before we delve into Arweave’s price prediction and answer questions about whether AR is a good investment or not, why AR will succeed or fail, or why Arweave’s prices will rise or fall, let’s quickly take a look at what AR is and its history to date.

What Is Arweave crypto?

The Arweave
project is a decentralized data storage solution that works with blockweave technology and the native Arweave token (AR). Network users can pay a one-time endowment to be used and provide permanent, immutable data storage.

As such, Arweave has a lot in common with other decentralized storage platforms like Filecoin and Sia, both of which also use cryptocurrencies to create marketplaces for users who want to buy and sell data storage services.

Anyone can contribute to the network by renting unused storage space on their computer. In addition, the Arweave project uses the new consensus mechanism Succinct Proofs of Random Access (SPoRA) to maintain stability and security throughout the network. Next to this is the ‘permaweb’. The permaweb is a community-owned network that works just like the traditional web. However, once a user adds data to the permaweb, it cannot be changed or removed, not even by the creator.

55 million AR tokens were created when the Arweave genesis block was mined and another 11 million tokens will be introduced into circulation as mining rewards. To store data in the blockweave, you need to pay fees in AR tokens. Arweave miners receive these tokens in exchange for mining new blocks, which forces them to store data.

However, transaction fees do not go entirely to miners. Most of the transaction fee is allocated to a storage “endowment”, which is distributed to miners over time. In effect, the user pays an upfront commission on which interest accrues, which is subsequently distributed to the miners. This incentive cliff serves to limit the amount of volatility of the AR token, while ensuring the long-term viability of its mining-based consensus mechanism.

AR Price Prediction for the next 90 days

Our forecasting model predicts that AR will reach new highs in 2025: 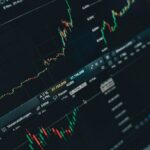 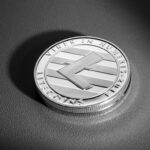