Anchor Protocol (ANC) is a lending and borrowing protocol on the Terra blockchain and the 29th project on the Binance Launchpool. It uses an over-collateralized architecture to allow users to lend, borrow and earn interest on their digital assets.

Anchor is a savings protocol on the Terra blockchain that enables fast withdrawals and pays depositors a low-volatility interest rate, which is among the highest among stablecoins at ~19.5%.

THE THOUGHT PROCESS BEHIND THE CREATION OF THE ANCHOR PROTOCOL (ANC)

Despite the abundance of DeFi products, it can be argued that a user-friendly savings product that is easy to use and secure enough to gain widespread use is currently not available on the market.

Staking is not suitable for most clients due to the price volatility of most crypto assets. The cyclical nature of stablecoin interest rates in DeFi stalwarts like Maker and Compound, on the other hand, makes such protocols unsuitable for a household savings product.

Anchor was created to meet this critical demand as one of the first protocols on Terra. It is a savings platform that gives a dividend based on block rewards from key Proof-of-Stake blockchains. In addition, anchor has a principal-protected stablecoin savings product that offers a consistent interest rate to depositors. It does this by regulating the interest rate on deposits by allocating block rewards to assets used to borrow stablecoins.

As a result, Anchor will offer the DeFi benchmark interest rate, which is set by the performance of the most popular PoS blockchains. In the end, the main goal behind the Anchor Protocol (ANC) is to become the gold standard for passive blockchain income.

HOW DOES THE ANCHOR PROTOCOL (ANC) WORK?

The bAsset (linked asset), a tokenized stake on a PoS blockchain, is one of Anchor’s key primitives. A bAsset token symbolizes ownership of a staked proof-of-stake asset.

bAssets can be produced on any PoS blockchain that supports smart contracts, making them widely applicable. bAssets are a vital component of Anchor and play a key role in providing a constant interest rate on Terra’s deposits.

This is the basis of the Anchor saving protocol. A pool of Terra deposits generates interest from loans, defining the money market. To borrow Terra from the group, borrowers put up digital assets as collateral. Then, the interest rate is calculated using an algorithm based on loan demand and supply, represented by the pool utilization ratio.

Anchor calculates depositor and borrower rates for Terra using an automated interest rate algorithm based on loan demand and availability. The Terra pool utilization ratio is the most important input to the algorithm.

The Anchor Rate is the interest rate target for Terra deposits and is a key Anchor Protocol (ANC) component. The Anchor smart contract dynamically splits the collateral pool block rewards between the borrower and the depositor to reach the desired rate.

Anchor uses a settlement process to ensure depositors’ principal is protected. Deposits are safe as long as any obligation guaranteed by them is over-collateralized.

The goal of the Anchor settlement protocol is to keep deposits safe by paying off debts that are at risk of not meeting collateral requirements.

product to save money

Due to their considerable price volatility, crypto-assets may not be the best option for clients seeking low-risk passive income. With the Terra stablecoin money markets, Anchor provides a solution. Terra stablecoin depositors will receive stablecoins in return, avoiding significant volatility from other crypto assets. In addition, anchor’s deposit interest rate stability method protects against volatility by ensuring consistent returns.

Leverage is created by combining the price and returns of the shares.

Users can use their assets as collateral to borrow stablecoins and buy more of the same asset, allowing them to leverage their positions. Users can also take advantage of low rate times by borrowing stablecoin at a low cost and investing in bAssets with a return higher than their borrowing cost. Because block rewards on your assets back the deposit interest rate, users seeking additional stablecoin liquidity can do so with little to no additional interest.

If consumers don’t want to deposit or borrow, they can join the Anchor Settlement Pool, a higher-risk, higher-reward product that offers settlement funds for Anchor debt holdings. In addition, settlement contract writers can earn money from passive premiums and settlement fees paid in executing the contract.

The Anchor Protocol (ANC) solves a core problem faced by borrowers. You see, most borrowers are charged a hefty fee by the bank, in most cases a 22 per cent annualized rate on their credit. Few lenders would pay such high loan rates and forgo twice the collateral income. As a result, the bank lowers the effective rate paid by giving the lender more bank shares than the 22 per cent charge, allowing the borrower to benefit from the loan.

Deposits are used to fund Anchor’s loans. Based on the collateral yield of borrowers and the loan rate they pay, the procedure can give depositors a great return. We also have some additional fees to give to our “bank” shareholders and maintain the performance reserve.

In the long run, users need ANC tokens to be worth more than the entire asset side minus the liabilities for Anchor to maintain such strong returns. This is possible as long as token holders expect future earnings to increase by a factor of two. Not only that but there must be enough remaining tokens to distribute so that debtors can be repaid. As long as Anchor does not issue new shares, borrowers can still be subsidized if token holders expect balance sheet growth to be greater than the dilution produced.

Overall, the Anchor Protocol (ANC) is a solid project with a viable utility that is the centerpiece of the entire Terra ecosystem.

Looking at the price action of ANC, the current price of Anchor Protocol (ANC) is $1.34, which is around 80% down from its all-time high of $8.23. Since the launch of the ANC token in March 2021, it has not touched its all-time high, which was reached in its launch month, March 2021. Recently, the price of ANC touched its all-time low of $1.26 and the crypto market crash led by Bitcoin has not helped his case much. However, its debut on Binance Launchpool gives investors confidence that ANC is destined for great things in the future. This is also why many crypto experts believe that the ANC token may be on its way to $10.However, the crypto volatility makes it difficult to determine the exact moment when it will happen. 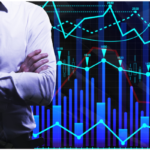 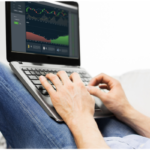